Legislation setting up the governance arrangements for the online court is ‘intentionally broad’, the government has said in response to criticism in the House of Lords. Lord Keen of Elie, justice spokesman in the upper house, was answering points raised by former senior members of the judiciary about powers conferred in the Courts and Tribunals (Online Procedure) Bill in the bill’s committee stage this week.

The bill would give ministers the powers to replace oral court hearings with online ones - a central plank of the courts reform strategy. It also establishes an Online Procedure Rule Committee (OPRC) to sit alongside the existing rule committees to manage the new court. A committee of peers last week raised concerns that the legislation would give a future lord chancellor powers to require even high value and complex cases to be resolved online. The committee also pointed out that many litigants in person would not have the computer skills to go online. 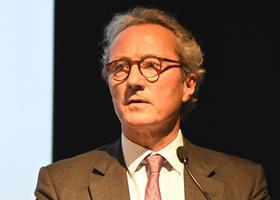 Speaking in the committee stage however, Lord Keen (Richard Keen QC), said there was no intention to force users away from traditional channels. The government agreed that claimants and respondents should have a choice of paper or electronic channels. ’Of course, it is our intention to create a digital service that will be easy to access and use—indeed, so easy to access and use that it becomes the default choice for the majority of users. We recognise, however, that not everyone will be able to use it, or wish to proceed with that digital choice without support. For that reason, a paper route will remain open.’

Asked by Lord Pannick (David Pannick QC) whether that would be written into the bill, Lord Keen said: 'If every time we legislated we decided to guarantee everything from A to Z, we would end up with very long bills.'

Several peers pointed out that the legislation as drafted would give the lord chancellor powers to override the new rule committee against the wishes of the lord chief justice. A former lord chief justice, Lord Thomas of Cwmgiedd, said the bill needed safeguards. 'I am sure the best safeguard of all is the concurrence of the lord chief justice, which I am sure would solve most of these problems yet allow access to justice to use 21st-century methods to make it cheaper and—if I may, with some trepidation, say so in this house—to conduct litigation without the need to deploy expensive lawyers.'

Lord Elie countered that the bill is 'intentionally broad... this is not going to proceed without the input of the judiciary, in particular the lord chief justice.'

Introducing at the outset statutory limitations on the operation of these simplified procedures would be 'an unnecessary straitjacket', he said.

'This is a piece of enabling legislation—a very welcome one, I suggest—it is not a case of us bringing in powers without limits or regulation.'

The Courts and Tribunals (Online Procedure) Bill now goes to report stage in the Lords, before passing to the House of Commons. No dates have been set for the next stages.