A single patent is still a valuable tool for businesses and has not been devalued, MPs heard today.

Giving evidence to the House of Commons Science and Technology Committee, Mark Anderson (pictured), chair of the Law Society’s IP Committee, and Daniel Nelki, science to health lead at medical research charity Wellcome Trust, discussed the value of acquiring or owning a patent.

Asked by Graham Stringer MP if a single patent is becoming less valuable, Anderson said he had seen ‘no trends in that direction’.

‘It depends on the business at issue,’ Anderson added. ‘If you are talking about a patent covering a chemical structure that can be used as an anti-cancer drug, then that’s obviously very valuable. Other areas, including in the technology sector, have instances of people building up portfolios to trade in patent pools where they can be used as a bargaining chip.’ 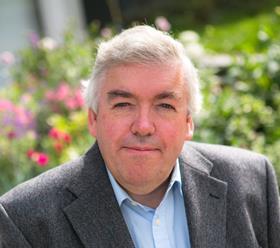 The committee is holding a series of evidence sessions into managing IP and technology transfer.

Technology transfer occurs when the IP for a certain technology or invention is transferred from a creator—often a university—to a second user.

Nelki praised the UK’s research capabilities but said it sometimes did ‘not allow itself’ to take full advantage of this.

Anderson agreed adding that while the UK has a ‘world-beating’ university and research model, this is not matched by industry.

He said a lack of education about IP could be a factor and that one potential solution could be a compulsory course on IP in degree courses.

Stringer also asked whether the ‘patent troll’ phenomenon that has swept the US—where a company asserts a patent that they do not use—has been an issue in the UK.

Nelki said he had experience of ‘trolls’ that trawl IP databases to find potentially valuable patents before demanding licensing fees from companies that look like they may use similar technology.

‘The view is that many companies think it will cost them more time and money to litigate than it would to pay a fee to then have access to the technology,’ he explained.

Anderson added that the cost of litigation could be reduced in future by the Intellectual Property (Unjustified Threats) bill, currently before parliament, which will make it easier to prosecute claims.