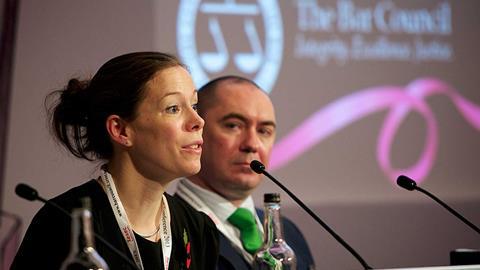 MPs are referring the highest proportion of cases to the Bar Pro Bono Unit, as the number of people unable to afford a lawyer soars.

Chief executive Rebecca Wilkie (pictured) said she had been ‘shocked’ at the speed of the increase in requests for free representation.

Since the implementation in April of the Legal Aid, Sentencing and Punishment of Offenders Act, which removed legal aid for much civil law, there has been a 30% rise in referrals.

The number of referrals from chambers has doubled, and six times as many are coming from courts and tribunals. But the largest increase has been from MPs, who now account for 15% of cases.

‘Law centres and Citizens Advice bureaux are disappearing and their MP’s surgery is the only place people can go to get advice, reflecting the level of the cuts,’ she said.

Wilkie said the unit placed 86% of the cases assessed as suitable for pro bono advice, which left 14% of deserving cases unassisted.

The judge in charge of Queen’s Bench interim applications, Mr Justice Foskett, said the courts are trying to find ways to help those unrepresented. A pilot scheme to provide a solicitor and barrister pro bono for those making interim applications in court 37 at the Royal Courts of Justice has become a permanent feature, he noted, and the Chancery and Family divisions are considering emulating the practice.