In his first public statement since taking up the post of justice secretary, David Lidington has tried to head off concern about the dropping of prison reform from the government's legislative programme. The Ministry of Justice published an open letter today claiming that ‘essential’ changes are already under way to make prisons places of ‘safety and reform’.

‘Prisons have been going through a particularly turbulent time and we need to create calm and ordered environments for that effective rehabilitation,’ Lidington stated. He said it is his priority to reform offenders and support ex-offenders – including by offering education, training and support to help prisoners find employment when they leave.

Prison reform was a key element of the Prisons and Courts Bill, abandoned in the run up to the general election. Peter Clarke, HM chief inspector of prisons, said the bill enjoyed broad parliamentary support and had made real progress. Its absence from today's Queen’s speech was a ’missed opportunity’, Clarke said, adding: ’We will continue to report the harsh reality of what we find in our prisons – all too many of which are dangerous for prisoners and staff alike.’ 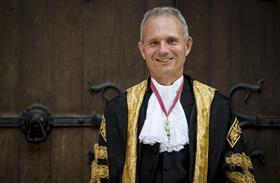 Peter Dawson, director of the Prison Reform Trust, said: ’The decision puts even more pressure on the new justice secretary [David Lidington] to find ways to stop our chronic overuse of prison so that this hardest pressed of public services can start to repair the damage his predecessors have inflicted upon it.’

Lidington said the Ministry of Justice is on course to recruit 2,500 prison officers by December 2018 and that up to 10,000 new prison places would be created through a £1.3 billion investment. He added that testing for psychoactive substances had been introduced across the estate and that more than 300 dogs had been trained to detect banned substances. Meanwhile the MoJ is working with the police to catch and convict criminals who use drones to smuggle contraband into prisons and working with mobile operators to tackle illicit use of phones.

‘We know where the problems lie in our prisons, and we know what is needed to fix them. We are continuing with, and building on, these reforms to ensure prisons are safe and secure and are able to transform the lives of those sent to custody by our courts,’ Lidington wrote.

But Dawson said the money earmarked for new prisons should be spent ‘on measures that would make them unnecessary’.