Queen’s speech: Review must be backed up with ‘significant cash’ says Society

Plans to hold a commission into the criminal justice system must not delay long-overdue investment, Law Society president Simon Davis said today. Commenting on the review announced in the Queen’s speech, Davis said: 'We all want swift, fair and effective justice, but it cannot be delivered on the cheap. A thorough review, although needed, must be backed up with a significant cash injection across the board – to police and prosecutors, but also to the courts and to the defence profession: an endangered species at risk of becoming extinct.' 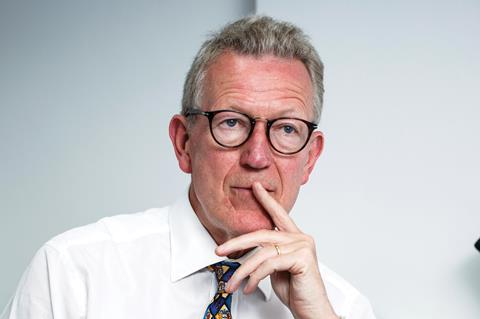 Davis: Swift, fair and effective justice cannot be delivered on the cheap

The Society noted that, since 2011/2012, the Ministry of Justice has lost a quarter of its budget. Between 2015 and 2019 the number of investigative police officers has decreased by 34%, or almost 10,000 officers. The Crown Prosecution Service has also suffered cuts of around 35%. 'In the last decade, almost half of civil and criminal courts in England and Wales have closed,’ Davis said.

Elsewhere in the legislative programme announced today, the Society welcomed the promise to revive the Divorce and Domestic Abuse Bill. 'Together the Domestic Abuse Bill and new divorce legislation have the power to change millions of lives across England and Wales,’ Davis said. 'We welcome the news that these important issues will be addressed in the new parliamentary session and look forward to working with the government on these vital pieces of legislation.'

On the government's plan to end 'vexatious claims' against the armed forces, Davis said: 'Legislation must maintain the Ministry of Defence's legal and public accountability. We will work with the government to ensure legal claims are conducted appropriately.'