Discrimination laws governing religion or belief are generally working well and do not require significant revision, the Equality and Human Rights Commission concludes in a report published today.

The national equality body has ruled out amending the law, as some have demanded, to require employers to accommodate the religious beliefs of employees even if that results in discrimination against others. Such a reform would, for example, protect a Christian registrar not presently allowed to refuse to perform civil partnership ceremonies.

And even though racial harassment protection applies to Sikhs and Jewish people but not to those of other religions, the organisation has concluded that harassment protection should not be extended to cover religion or belief outside the workplace. ’Subjectivity in what is considered offensive could lead to a chilling effect on freedom of expression,’ the report says. 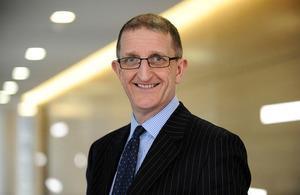 David Isaac, chair of the EHRC, said: ’Our review finds that the law works well. There are a lot of myths that have arisen due to misunderstanding of legal requirements.

’Employers actions shouldn’t be governed by a fear of causing offence. Our guidance [published today] will help managers and businesses reach decisions and approach sensitive discussions in the right way.’

In collaboration with Acas and the TUC, the commission has prepared online training modules to provide direct advice to line managers and union representatives on managing religion and belief at work.

Andrew Copson, chief executive of the British Humanist Association, said: ‘It is very welcome that the commission has confronted critics of Britain’s equality laws head on. For too long now, we have seen an ever-more vocal minority of Christian lobbyists demanding increased rights to discriminate against others.

'The EHRC has rightly rejected their arguments, and instead correctly identified that, if anything, the law needs to be amended to limit such discrimination, especially when it comes to religious schools.

‘We will be taking these matters up with the government to ensure that all people’s freedom of religion and belief is upheld.’