A Supreme Court justice has added his voice to calls for the regulation of computer algorithms handling crucial decisions about people's lives. An 'expert commission' could help ensure that automated decision making processes have 'a capacity for mercy', Lord Sales (Philip Sales QC), said last night.

Presenting the British and Irish Legal Information Institute's Sir Henry Brooke Lecture, Lord Sales said the growing role of algorithms and artificial intelligence poses significant legal problems, in particular around the fundamental concept of agency. Existing prejudices could be embedded in hidden rules that are impossible to challenge, he said. ’AI may get to the stage where it will understand the rules of equity and how to recognise hard cases, but we are not there yet.' 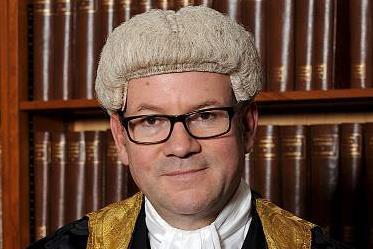 'We need to build a structure of legal obligations on those who design and build algorithms,' he told an audience hosted by magic circle firm Freshfields.

To impose a legal order on the digital world, Lord Sales proposed setting up an algorithms commission to enforce the principles of 'equity and mercy'. Staffed by technical experts assisted by lawyers and ethicists, the commission would provide 'a valuable social resource' to restore agency to computer-based decisions.

One model could be the independent regulator of utilities, he said. 'You could also think of it as an arm of a constitutional court,' policing principles of human rights.

While such a body would not be cheap,  the likely cost would be 'proportionate to the risks' society faces. Lord Sales also acknowledged that the commission would be open to criticism as 'one expert elite monitoring another expert elite' - however this could be mitigated by making its proceedings as transparent as possible.

Several national and international bodies have this year called for scrutiny of algorithm-based decision-making. In June the Law Society's policy commission on algorithms in the criminal justice system warned of  'a worrying lack of oversight'.