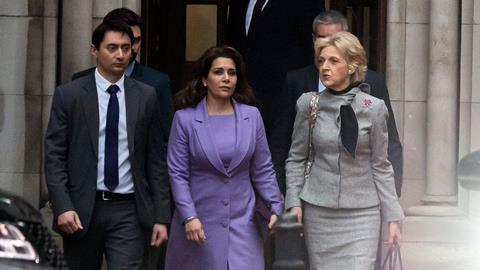 The decision to lift reporting restrictions on judgments concerning the ruler of Dubai shows the judiciary is taking note of calls for transparency in the family court, according to a family lawyer. Anna-Laura Lock, senior associate at full-service firm Winckworth Sherwood, said the public interest in the decision to publish the judgments is clear.

Redacted judgments concerning the wardship of two of Sheikh Mohammed bin Rashid Al Maktoum's children were published yesterday after the Supreme Court declined to hear an appeal on the ground that the application did not raise an arguable point of law of general public importance. They included a fact-finding judgment by the family division president, Sir Andrew McFarlane, that Sheikh Mohammed ’ordered and orchestrated’ the unlawful abduction of his daughter Shamsa from the UK to Dubai.

Sheikh Mohammed's lawyers had contested a ruling by McFarlane in favour of publication in the public interest. The application was made by Princess Haya Bint Al Hussein, the guardian of her two children and eight media organisations.

The claims were based on two separate articles of the European Convention on Human Rights. The media claim was on the basis of article 10, emphasising the public interest in publicising findings on Sheikh Mohammed's conduct and in understanding the role of the court. The mother's claim was based on the rights of herself and the children under article 8.

For Sheikh Mohammed, Lord Pannick QC and Desmond Browne QC - part of what the court described as 'a strong and extremely experienced legal team' - argued that publication would be contrary to the interests of the children in that it would undermine the possibility of restoring contact between them and their father.

Last month the Court of Appeal dismissed the appeal, describing McFarlane's judgment as 'a paradigm example of the kind of evaluative decision by a trial judge with which this court ought not to interfere'.

Commenting after the Supreme Court's decision, Lock said: ’Now that details of the case have been made available, the public interest in the decision to publish the judgments is clear. Where findings have been made about such severe behaviour and intimidation, not least by a head of state, [Sheikh Mohammed's] arguments that the parties’ privacy should be protected by not publishing the judgments were almost inevitably going to fail.'

Noting that the ruling came amid calls for greater transparency in the family courts, she added: 'The signs are that the judiciary are taking note of these requests and concerns, and the publication of the judgment is evidence of this.'