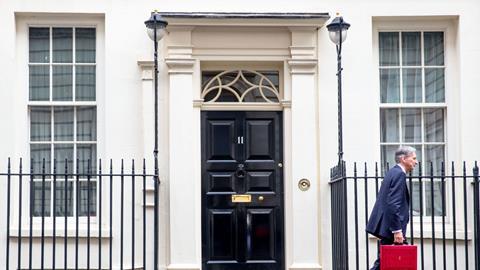 Solicitors – with the exception of those in-house – are among the main losers from last week’s spring budget. A combination of higher national insurance contributions and increased taxes on dividends will hit self-employed practitioners, partners and director shareholders, professional advisers said.

Meanwhile, chancellor Philip Hammond announced that he is pressing ahead with penalties for lawyers and accountants who advise on tax avoidance schemes subsequently disallowed by HM Revenue & Customs.

Jason Collins, head of tax at international firm Pinsent Masons, said that the government appeared to have a ‘working list of those it wished to target’ – and that law firms, QCs and boutique advisers were in the Treasury’s sights. Innocent accountants and lawyers could become ‘collateral damage’, he said. ‘HMRC’s recent strategy on tax avoidance has been to deter people from engaging with it, be they the end-user or adviser. HMRC is ready to utilise its powers as a deterrent.’

The Law Society also raised concerns about the new tax avoidance penalty regime, which the chancellor said would come into effect in July. President Robert Bourns said: ‘The Law Society understands the government’s desire to prevent people abusing the tax system through tax evasion and aggressive tax avoidance. However, everyone loses if these measures stop taxpayers receiving proper legal advice on their tax obligations.’

On solicitors’ personal tax liabilities, Peter Noyce, business services partner at professional services firm Menzies, said the announced reduction in dividend tax allowance from £5,000 to £2,000 would increase liability by only £225 a year, ‘but when you add last year’s tax increase of 7.5% on dividend income at all levels this is painful’.

Louis Baker, head of professional practices at business adviser Crowe Clark Whitehill, said: ‘The reduction in the dividend allowance will mean that for many firms their service company will now be tax inefficient.’

In other measures, the budget announced some support for small businesses hit by next month’s revaluation of business rates.

A reduction from 30 days to 14 days for the filing and payment of stamp duty land tax will be delayed until 2018/19, the chancellor said. Bourns said that the delay in implementation will be welcomed by many conveyancing solicitors.

The Society also welcomed the chancellor’s announcement of support for new technologies. ‘Solicitors are embracing technology as it fundamentally reshapes the way the legal sector works,’ Bourns said.

Noyce said that firms were partly to blame for setting themselves up as targets for HMRC. ‘Law firms haven’t always helped themselves on profit retention and there is a wish to draw out everything they earn rather than building up capital value and retaining working capital for future projects,’ he said. However the added tax hits ‘will hardly encourage retention’.