More than 60% of barristers are working for free at least one day a week, with just over half unable to balance their home and working lives effectively, according to the bar’s representative body. Many respondents put the blame on changes to solicitors’ working practices.

A survey, based on responses from more than 4,000 barristers, also shows that those working in the criminal and family spheres are more likely to work 60-hour weeks than their commercial and civil counterparts.

Among the reasons cited for the increased workload was a perception that solicitors are doing less. Of respondents working in criminal law, 70% said they were working additional hours because the solicitor is 'doing less than previously’. Across the bar as a whole, 62% of respondents cited this as a reason.

Members of the criminal bar, currently in dispute with the government over legal aid funding, were particularly badly affected. 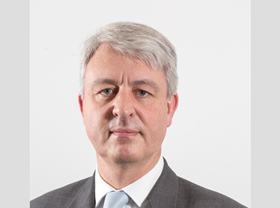 More than a third of criminal advocates said they are considering their career options, compared with 24% of the rest of the profession. Of those, 47% of respondents cited cuts to legal aid and 42% poor work-life balance. According to bar chair Andrew Walker, this is particularly noteworthy given that the survey was conducted in the summer of 2017, since then legal aid fees have been ‘eroded’ further.

The report, ‘Barristers’ Working Lives 2017: Barristers’ attitudes towards their working lives’, was prepared by representative body the Bar Council.

Despite the gloomy figures, the survey also shows that barristers remain enthusiastic and interested in their work. 89% of barristers across all areas of practice said they found their work interesting and 61% agreed that most days they are enthusiastic.

Walker added: ‘The fact that many saw their workload, stress and work-life balance deteriorate yet further between 2013 and 2017 is a worrying trend.’