The Supreme Court has dismissed appeals by two local authorities in a case that centres on the wording of the government’s 2012 National Planning Policy Framework (NPPF).

In a decision handed down yesterday the court dismissed appeals by Suffolk Coastal District Council and East Cheshire East Borough Council. Both councils had complained about proposed developments that were close to designated green areas.

At issue was paragraph 49 of the NPPF, which provides that where a council cannot demonstrate a five-year supply of housing land then its ‘relevant policies for the supply of housing' should not be considered up-to-date. The councils feared this could pave the way for potential developments on protected areas. 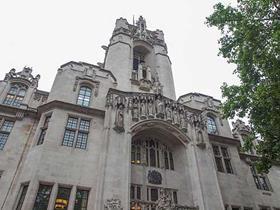 Suffolk Coastal District Council and another v Hopkins Homes Ltd and another was sparked by two planning applications for housing schemes in Cheshire and Suffolk. Cheshire East Borough Council opposed Richborough Estates’ plan to build more than 100 homes while Suffolk Coastal District Council opposed a development by Hopkins Homes for 26 new houses. Neither of the local authorities could demonstrate a five-year supply of land for homes, giving the applications a better chance of succeeding.

The cases were combined and came before the Court of Appeal in January last year. The court found in favour of the developers in both cases.

Both councils appealed the decision but five Supreme Court justices dismissed both appeals.

In its decision, the court held that the ‘relevant policies’ phrase was intended to refer to housing supply policies, but that its primary purpose is actually to act as a trigger to the ‘tilted balance’ provision.

Under the ‘tilted balance’ provision, which falls under paragraph 14 of the framework, where policies are out-of-date, permission for development should be granted unless ‘any adverse impacts of doing so would significantly and demonstrably outweigh the benefits.’

However, despite denying the councils' appeals, the Supreme Court accepted that a narrower approach, called for by both authorities, but rejected by the Court of Appeal, should be adopted. The narrow approach centres on the wording of 'policies for the supply of housing'.

Carnwath said the wide interpretation given by the Court of Appeal meant that policies that protect the countryside and designated heritage assets were deemed to be out of date if a council could not demonstrate that there was a deliverable five-year supply for housing.

‘The words 'policies for the supply of housing' appear to do no more than indicate the category of policies with which we are concerned, in other words 'housing supply policies',' Carnwath stated.

‘The word 'for' simply indicates the purpose of the policies in question, so distinguishing them from other familiar categories, such as policies for the supply of employment land, or for the protection of the countryside. It is true that other groups of policies, positive or restrictive, may interact with the housing policies, and so affect their operation. But that does not make them policies for the supply of housing in the ordinary sense of that expression.’

Kathryn Hampton, senior planning PSL at international firm Hogan Lovells, said adopting the wider approach would have potentially opened up the classification 'out of date' to any provisions that might affect housing rather than policies geared specifically toward housing.