A traditional ‘putcher’ fisherman who has been locked in a five-year battle with the Environment Agency had his human rights breached by ‘excessive’ restrictions on the number of salmon he is allowed to catch and should be awarded compensation; the Supreme Court ruled this morning.

In Mott v Environment Agency the court said the agency did not give consideration to the impact on Nigel Mott’s livelihood when it slashed his quota by 95% in 2012. 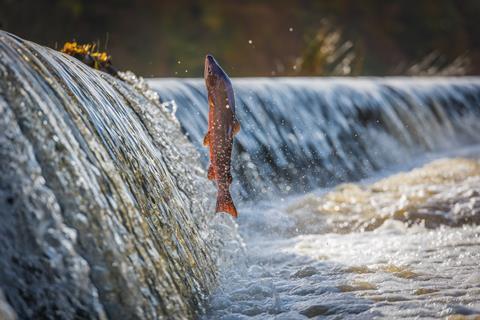 It upheld a ruling by the Court of Appeal that, without adequate compensation, the agency’s restrictions breached Mott's rights to peaceful enjoyment of possessions under Protocol 1 Article 1 of the European Convention on Human Rights.

Explaining the court’s judgment, Lord Carnwath said the decision ‘cannot give rise to a general expectation of compensation’ but that in this ‘exceptional case’ the Court of Appeal was entitled to give the decision it did.

Mott was one of the last fisherman to fish under the ‘putcher’ method of catching salmon in basket traps. He said his 600 catches every year on the Severn Estuary could earn him up to £60,000.

But in 2012 the agency capped his permitted catch to just 30 per year. It later slashed this figure again to 24 and 23. The fisherman claimed at least 95% of his business had been eliminated by the restrictions.

Justifying its restrictions, the agency said there was a threat of salmon stocks in the adjoining River Wye, a special area of conservation protected by the Habitats Directive.

However, Mott claimed his traps, were placed far upstream from the mouth of the Wye. He challenged the restrictions at the High Court claiming they were based on flawed evidence and amounted to a breach of his rights Protocol 1 Article 1.

The High Court accepted both Mott’s claims and the agency appealed. In a judgment handed down last year, the Court of Appeal said that, although there was a rational basis for imposing the restrictions, the agency had not considered the devastating impact on Mott and his livelihood.

The Supreme Court added: ‘The agency was correct to emphasise the special importance of environmental protection, but this does not detract from the need to draw a fair balance, nor from the potential relevance of compensation. The agency gave no consideration to the particular impact on Mr Mott’s livelihood, which was severe.’

The Gazette understands the agency will now work with Mott to agree adequate compensation.

An agency spokesperson said: 'Salmon stocks are at an all-time low and it is the agency’s duty to protect them where they are at risk. We are working hard to restore salmon to healthy levels and will soon be proposing new measures to protect them. But it is only through working with others that we will preserve this iconic species for future generations.

'We welcome the court’s support for the agency’s role to impose catch limits on salmon, and the recognition that Mott’s case is exceptional.'