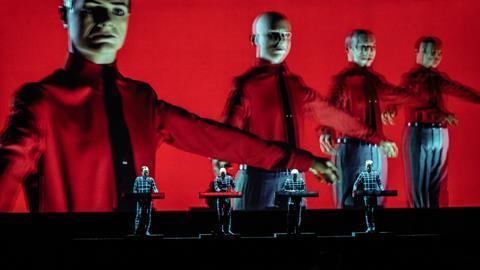 A rapper's two-second sample from a 1970s track by pioneering German techno group Kraftwerk infringed the composers' rights, Europe's top court ruled today. The ruling deals a blow to 'sample-heavy' musical genres such as hip hop by asserting that taking even very short extracts from a musical sequence will infringe copyright unless they are modified to make them unrecognisable.

In Pelham GmbH, Moses Pelham and Martin Haas v Ralf Hutter and Florian Scheider-Esleben, the Court of Justice of the European Union was ruling on a question brought by Germany's Federal Court of Justice on a copyright claim brought by composers of the song Metall auf Metall. They had sought an injunction on the basis that rapper Moses Pelham had included without permission a loop recording of two seconds of Metall auf Metall as a rhythm sequence in his song Nur Mir. German courts had previously backed the rapper on the basis of 'artistic dialogue'.

However in its ruling today the CJEU finds German legislation to be not in conformity with EU law. As 'phonogram producers' have the exclusive right to to authorise or prohobit reproduction 'the reproduction of a sound sample, even if very short... must in principle be regarded as a reproduction "in part" of that phonogram'.

A 'freedom of the arts' exemption would apply only where the sample is modified to make it unrecognisable to the ear, the judgment states.

Music specialist Raffaella De Santis, senior associate at City firm Harbottle & Lewis, said the ruling would provide welcome clarification for rights owners but 'could have a chilling effect on artistic expression in an increasingly remix culture'.

'The CJEU has shown itself to be firmly on the side of rights holders to enforce their rights against unauthorised copying, and to protect the value of music from those without permission to use it.'