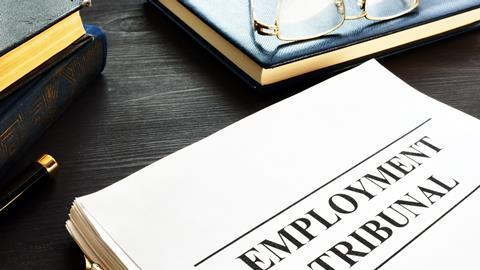 Tribunal claims rise as progress made on plugging judicial gap

The number of people seeking to bring claims against their employer continues to rise sharply, as the judiciary moves forward on its recruitment spree for tribunal judges.

In the 12-month period to June 2018 the total number claims accepted was 149,628, suggesting another rise next year.

It comes as the Advisory Conciliation and Arbitration Service (Acas) - the first point of contact when making a claim - revealed it has received around 700 extra complaints per week since fees were abolished.

According to the minutes of the national user group on employment tribunals, Acas had previously been receiving 1,700 enquiries per week but is now dealing with around 2,400 (an increase of around 40%). Of these, 25% were moving onto full employment tribunal claims. The figures cover a 12-month period ending May 2018.

The minutes also reveal that judge Brian Doyle, president of employment tribunals, expected around 400 applications to fill 54 vacancies to become a tribunal judge. Doyle told the group there will be an online qualifying test to reduce the field to a shortlist of around 130 candidates and that decisions on appointments would be made in December. Offers are expected to made in January 2019 with start dates staggered between April, May and September.

In May, the Gazette reported that HM Judiciary was to recruit judges to cope with the soaring caseload in tribunals. For the first time, the role was also made available to those without previous judicial experience.

The role, spread across ten regions in England and Wales, is advertised as paying £108,171 – with a £4,000 'combined salary lead and allowance’ for London-based judges.