Speculation about the UK’s involvement in the scheme had been building since the UK voted to leave the EU.

As it stands, the UK is due to host a branch of the central division of the court in Aldgate Tower, on the edge of the City. It will be the first arm of the Court of Justice of the EU to be based on UK soil.

Before the unitary patent and UPC can come into force 13 countries will have to ratify the agreement. Of those 13, France, Germany and the UK, which had the highest number of European patents in effect when the agreement was finalised in 2012, are mandatory.

France, as well as 10 other countries, have ratified the agreement meaning the UK’s and Germany’s ratification would allows it to enter into force.

The court at Aldgate Tower is due to host the ‘human necessities’ division which will include disputes related to pharmaceuticals and medical devices but the UK will also be responsible for managing the IT provisions of the court. 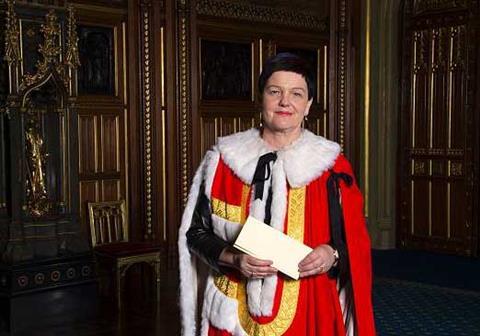 Until now, the UK Intellectual Property Office has declined to comment on matters related to the patent system and court, and has previously said that the UK remains a contracting member state and will continue to attend and participate in meetings.

Neville-Rolfe said: ‘The new system will provide an option for businesses that need to protect their inventions across Europe. The UK has been working with partners in Europe to develop this option.

‘As the prime minister has said, for as long as we are members of the EU, the UK will continue to play a full and active role. We will seek the best deal possible as we negotiate a new agreement with the EU.

‘We want that deal to reflect the kind of mature, cooperative relationship that close friends and allies enjoy. We want it to involve free trade, in goods and services. We want it to give British companies the maximum freedom to trade with and operate in the single market – and let European businesses do the same in the UK.’

The IPO said that following today's announcement, the UK will continue with preparations for ratification over the coming months. It will be working with the Preparatory Committee to bring the UPC into operation as soon as possible.

Alan Johnson, partner at IP and corporate firm Bristows, said it was expected that the UK would ‘continue to honour its obligations’.

‘I think it was quite clear that if we didn’t then the other members would go ahead without us. If the other states had gone ahead it would have been difficult to join in the system later,’ he said. ‘It seems the government is not ruling out potential CJEU jurisdiction in this area and are looking to approach Brexit negotiations with an open mind.’

‘Once the UK starts to put the ratification procedure through, Germany will probably do the same early next year’, Johnson said, though he added that ratification could prove a ‘thorny issue’ in parliament.

Tony Rollins, president of the Chartered Institute of Patent Attorneys, said he commended the government for its commitment.

‘A Europe-wide patent court was one of the key aspects of the original Community Patent project in the 1970s. The project led to the European Patent Convention. It has taken much work and effort from all involved to reach this point.

‘Above all, the UPC will be good for business, particularly small and medium-sized enterprises, as it will reduce their costs and streamline administrative processes.’

Mark Anderson, chairman of the Law Society’s IP law committee, said UK lawyers would normally be 'very pleased' with the government’s intention to ratify but added that Brexit 'complicates matters'.

'If the government intends to ensure that the UK remains a participant in the unitary patent after Brexit, and succeeds in achieving that intention, then ratification continues to be very welcome. Reading the runes of this announcement, one might come to the conclusion that this is the government’s intention.

'If, however, ratification is followed by a failure to negotiate the UK’s continued participation in the unitary patent post-Brexit, then ratification may turn out to be against the UK’s interests.’