A university that scrapped its LPC course because of fears that the forthcoming shake-up in solicitor qualifications would make it redundant has reinstated the course claiming it will ‘still carry weight’ in three years’ time.

The University of Hertfordshire confirmed to the Gazette that it had reversed its 2016 decision to suspend the LPC.

The university had feared that the Solicitors Regulation Authority’s (SRA) decision to introduce the Solicitors Qualifying Examination (SQE) would mean students could potentially be paying £12,000 for a soon-to-be redundant course. At the time, the university thought the SQE would be introduced imminently, however the SRA has since confirmed that the exam will not be introduced until 2020 at the earliest. 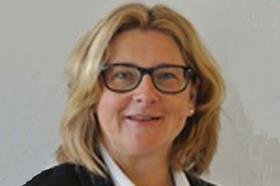 However, despite the LPC being destined to become a thing of the past Penny Carey, dean of Hertfordshire Law School, said she was confident the skillset the SRA wants SQE students to obtain would be taken on by students who opted to stick with the traditional LPC route. The university’s 2018 course costs £12,500.

Carey said the proposals for SQE 1 ‘largely mirror’ its existing LPC framework. She added that the course would prepare students in a similar way to the SQE, including developing interview skills and through mock trials.

‘There’s been lots of interest in the LPC. We still see it as having a shelf life. We can prepare students to embrace the skills they need going forward and will continue to be taught when the SQE is introduced,’ she said.

On the SQE, Carey added: ’The SRA has shown itself to be very responsive to suggestions. Change can be positive and we are willing to embrace it’.

The SRA is currently searching for an assesment provider for the SQE and expects to appoint a partner in the spring.