US headquartered White & Case has continued the trend of US firms paying top dollar after ramping up its salary for newly qualified lawyers to more than £100,000. 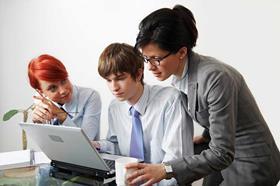 Trainee’s could earn in excess of £100k

The rise brings the firm’s figures for NQs into line with that of another US outfit Shearman & Sterling.

Large pay increases at US firms have been commonplace in recent years.

In June last year, Cravath Swaine & Moore raised base pay for its first-year lawyers by £14,000 to £124,000, prompting other US-based firms to follow suit.

UK firms are expected to reveal their salaries in the next few weeks. As it stands the magic circle firms pay their newly qualifieds between £70,000 and £85,000.

‘The US is the biggest and deepest legal market in the world, and to their credit they also have very loyal clients. Some of the major US private equity houses, for example, are very closely attached to them. That gives them great strength, [as does] the mighty dollar,’ he added.