New measures to curb white-collar crime are on the statute book, after being included in the wash-up of legislation rushed through before the general election. 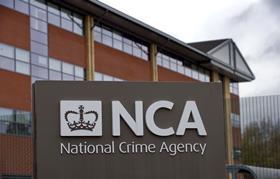 There are legal protections for the sharing of information between regulated companies and law enforcement agencies are given more time to investigate suspicious transactions.

Opinion is divided among solicitors specialising in corporate crime about whether the outgoing government went far enough, with some alleging a climbdown and others bemoaning a new burden on business. Jonathan Grimes, criminal litigation partner at London firm Kingsley Napley, pointed out that the new tax offence has extra-jurisdictional effect. 'This means that tax evasion in a foreign jurisdiction could give rise to a prosecution in the UK. Some have questioned if HMRC really has the resourcing to police that effectively, and whether, in principle, it should have that power,' he said.

The former includes measures to ease planning rules to boost infrastructure and better enforce direct marketing laws. It also creates civil penalties for online pornographers who do not verify the age of their customers.

A slew of other measures affecting the legal sector, including those contained in the aborted Prisons and Courts Act, were abandoned when Theresa May called an election for 8 June.