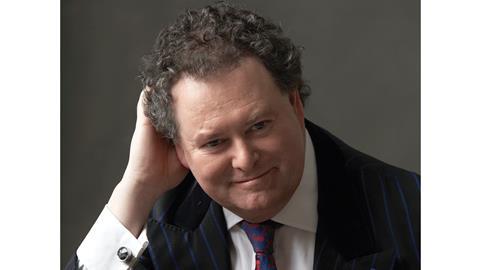 Why is he in the news? Represents Zelda Perkins, former assistant to disgraced US film producer Harvey Weinstein. She gave evidence at the Commons Women and Equalities Committee’s first oral evidence session as part of an inquiry into sexual harassment in the workplace. Perkins described her non-disclosure agreement (NDA) involving Weinstein as ‘morally lacking’.

Weinstein has denied all allegations of non-consensual sex.

Thoughts on the case: ‘Clearly there is a pressing need for reform of NDAs. Too many lawyers and clients seem to have had a morality bypass when it comes to drawing up NDAs, which all too readily cover up criminality and other serious wrongdoing. There is a range of issues that would qualify as public interest disclosures but are being gagged by NDAs. Lawyers are facilitating this abuse of NDAs – this needs to stop for us to maintain our integrity as a profession and the trust that the public places in us.

‘I remain astonished that solicitors are finding it necessary to seek advice on whether or not gagging public interest disclosures is proper behaviour.’

Dealing with the media: ‘If you are involved in a high-profile case, it is natural that people will have an opinion on it. Even if you are not actively seeking information, with the breadth of online press and social media it is almost impossible to avoid. Zelda [Perkins] has shown bravery in abundance when talking about difficult – but important – issues.’

Why become a lawyer? ‘You can use your creativity and knowledge to forge change for good.’

Career high: ‘Working with the Human Dignity Trust, decriminalising homosexuality in Commonwealth countries, because of the widespread positive impact that it has on vulnerable communities who stand in jeopardy of jail (or worse) for being true to themselves. These are true cases of upholding human rights and international law for all.’

Career low: ‘Losing in the House of Lords over the ban on broadcasting the voices of representatives from Sinn Féin and loyalist groups by Margaret Thatcher’s government – it was a case I really believed in. I did have a clue we’d lose when the IRA fired rockets at 10 Downing Street on the second day of the hearing.’