Who? Jon Felce, a partner at PCB Litigation, London.

Why is he in the news? Obtained a two-year prison sentence for contempt of court against judgment debtor Andrey Chernyakov, former head of a Russian construction group, on behalf of the Bank of Moscow. This followed obtaining summary judgment for c. £195m and a string of groundbreaking orders in the case, notably the imaging of electronic devices without notice to the defendants and running software to ‘crack’ password-protected documents so that data could be reviewed. 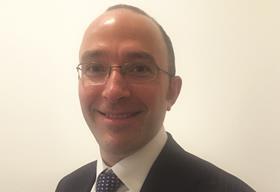 Thoughts on the case: ‘My involvement started almost two years ago when I served a worldwide freezing order on the main defendant in a gym, and I have lost count of the number of times we have been in court since on one interim application or another. The case really demonstrates the expertise of the English courts in complex international fraud cases, and the increasing armoury available to fraud and asset recovery specialists and commercial litigators.’

Dealing with the media: ‘Due to the nature of some of the orders we obtained, a number of the hearings were conducted in private, so there has been a limit to what has entered the public domain. However, when it came to the committal hearing itself, the judge considered that the requirement for committal applications to be determined in public outweighed any confidentiality the defendants could have claimed. As the decision in the committal hearing re-emphasises how seriously English courts treat compliance with worldwide freezing and asset disclosure orders, this was important.’

Why become a lawyer: ‘Although I did not study law at university, I had always been interested in a legal career. At the end of my second year, a friend of mine suggested a vacation scheme he thought would be ideal. I haven’t looked back.’

Career high: ‘The best moments have involved turning around cases considered to have limited prospects of success at the outset.’