Battling to make the police accountable

Who? Anna Thwaites, associate at Bindmans in London. 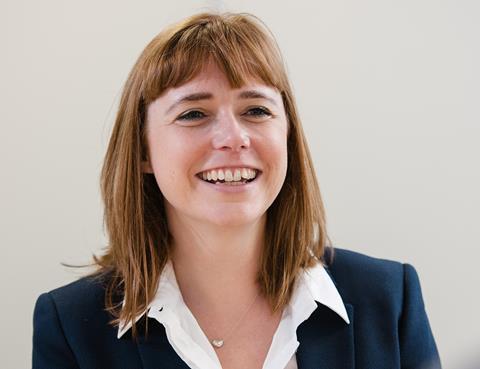 Why is she in the news? Acts for the partner of Duncan Tomlin. In July 2014, Tomlin was restrained by police while having a complex partial epileptic seizure. He stopped breathing in the police van and died three days later in hospital. Tomlin’s partner and family requested a review, under the Victims’ Right to Review scheme, of the CPS’s original decision not to bring charges against five officers from Sussex Police in relation to his death. The CPS concluded that the original decision was correct. Thwaites says there will be an inquest before HM Assistant Coroner for West Sussex and jury.

Sussex Police said: ‘This remains an investigation led by the Independent Office for Police Conduct and we are liaising with them with regard to the next steps. The officers concerned have continued in their roles during the three-and-a-half years of this investigation, with the exception of one who has resigned in the interim.’

Thoughts on the case: ‘We are coming up to the fourth anniversary of Duncan’s death. It is extremely frustrating to have waited so long for such a disappointing decision. Duncan’s case illustrates how difficult it is to obtain accountability for families through the criminal courts.’

Dealing with the media: ‘Duncan’s death has attracted widespread media interest, but my client is still grieving and has not wanted to engage. However, the organisation INQUEST has done amazing work to ensure the family’s voice is heard and the actions of Sussex Police remain in the media spotlight.’

Why become a lawyer? ‘Originally, I wanted to be a criminal lawyer after watching too much Miss Marple and Murder, She Wrote while growing up. This changed with my final training seat in civil liberties and human rights. I loved it and never regretted my decision.’

Career high: ‘In one of my cases, the jury found that there had been multiple failures regarding the death of a prisoner. The jury was damning in their condemnation of the prison and found there was a “lack of compassion”.’

Career low: ‘The Legal Aid, Sentencing and Punishment of Offenders Act 2012, which came into force on April Fools’ Day 2013, cut the legal aid budget by £350m. It has had a devastating impact on access to justice.’