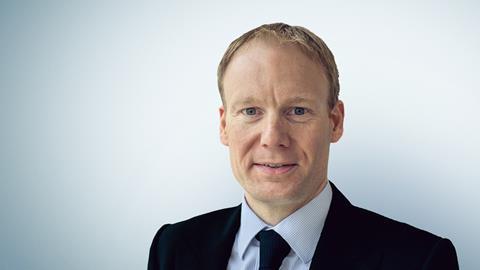 Who? Mark Sansom, partner at Freshfields Bruckhaus Deringer in London.

Why is he in the news? One of the legal team that helped Mastercard successfully defend a record-breaking £14bn collective action relating to interchange fees brought on behalf of around 46 million consumers. The case was one of the first to be brought under the Consumer Rights Act 2015, which provides for so-called ‘opt-out’ collective proceedings on behalf of a class of individuals.

Thoughts on the case: ‘This was a landmark judgment, and not just because of the size of the claim Mastercard was facing, which was the largest damages claim in English legal history. The case was important for the development of the UK’s collective actions regime. Some have said the outcome means the regime will not get off the ground, but I think that’s wrong. The judgment clarifies the requirements for bringing future collective actions in the UK and addresses the terms of funding arrangements that can be used to bring them. I think that’s helpful. Now the ground rules have been set out, I think the regime will continue to be used.’

Dealing with the media: ‘The case was brought on behalf of consumers. The challenge for Mastercard in and out of court was to explain why the claim was not well-founded and not an appropriate use of the collective actions regime, without it looking like an attempt to avoid liability on technicalities. Had the case proceeded, Mastercard would have argued strongly that the interchange fees were not inflated in any event.’

Why become a lawyer? ‘The combination of intellectual interest and variety. What I like about my area of law is it’s a mixture of EU law, UK law, economics and public policy. That variety means it’s constantly changing and always interesting.’

Career high: ‘The irony of being primarily a defence-side lawyer is you cannot talk about many of your best successes – getting clients out of investigations, acting in cases that never become public, getting claims withdrawn, or settling on terms favourable to your client but which are confidential. But Friday’s judgment was right up there – this one mattered.’