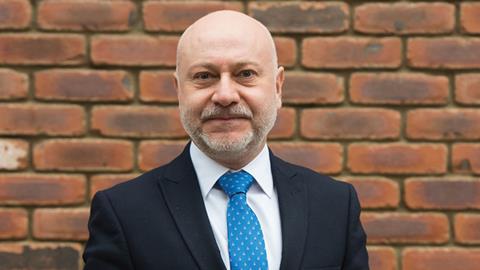 Why is he in the news? His firm won a landmark case against Channel 5, which broadcasts documentary series Can’t Pay? We’ll Take it Away. Married couple Shakir Ali and Shahida Aslam sued the channel for invasion of privacy after they were filmed being lawfully evicted from their home. The firm says the husband was not fully dressed, was on crutches and in a vulnerable state due to medical treatment. The couple also claimed they were verbally baited by the landlord’s son during the eviction. The programme was broadcast to an estimated nine million viewers. Ali and Aslam were awarded £20,000 in damages.

Thoughts on the case: ‘Privacy cases usually end in injunctions and settlements. This was one of the first concerning a “fly on the wall” documentary shown on national TV. It was a hard-fought action, lasting over two years, in which the claimants also had to resist an attempt to strike out their claim. The judge agreed that their right to privacy outweighed any public interest in the show. He also found that conflict had been encouraged by those involved during filming to make “good television”. The outcome is likely to result in challenges to a significant genre of TV programme.’

Dealing with the media: ‘A close working relationship with the media has given me an insight into how to deal with press interest. Succinct comments stand a much greater chance of being carried in any coverage.’

Why become a lawyer? ‘Media law, particularly privacy, are the areas in which I have always worked. Almost all cases revolve around issues affecting the rights of individuals.’

Career high: ‘Working as lead solicitor in the ongoing phone-hacking litigation against News Group Newspapers for the past three years. My firm has helped steer two batches of test cases towards trial (in October 2017 and January this year). Those cases ultimately settled but there are around 50 ongoing claims which we continue to manage on behalf of the claimant group.’

Career low: ‘Missing a hearing as an NQ. The master commented that everyone missed an appointment sometimes and simply relisted the hearing. I don’t believe the court would show such leniency today but the lesson was hard-wired and no hearings have been missed since.’