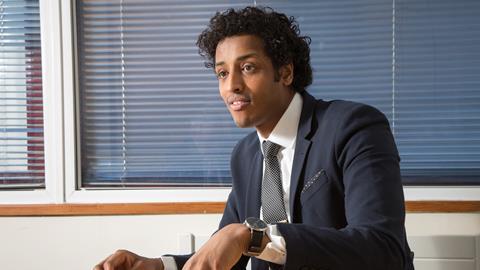 Why is he in the news? Represented a trafficking victim in the High Court in a challenge to the home secretary’s discretionary leave to remain policy for victims of modern slavery.

Thoughts on the case: ‘When a trafficking victim has an international protection claim outstanding in the UK, it is necessary for him/her to remain here while their claim is being considered. We argued that in these circumstances there is an obligation, as a matter of international law (Article 14(1)(a) of the Convention on Action against Trafficking in Human Beings as incorporated by domestic policy) to grant them a residence permit. The High Court ruled in our client’s favour and agreed with our interpretation of the international framework and the domestic policy. It is a landmark ruling which will have a huge real- world effect as survivors of trafficking in similar circumstances will now be granted leave to remain. For too long have survivors been left in this legal limbo, this half-world where they have to remain in the UK but cannot play any real part in society. Granting survivors a residence permit will go a long way to assist in their recovery. It will also provide a direct financial benefit to the public purse.’

The Home Office has sought permission to appeal. A spokesperson said: ‘The judgment does not state that leave must be granted to all victims of modern slavery, but that it may be necessary when a victim is pursuing a claim for asylum based on the fear of being re-trafficked.’

Dealing with the media: ‘There was significant interest. Although our client can’t be identified for legal and protection reasons, as her traffickers are still at large, she wanted others in similar circumstances to know their rights. It really is down to her bravery: after all that she has been through, all she wants to do is ensure others do not have go through the same suffering she endured for over three years.’

Why become a lawyer? ‘I’m originally from Somaliland. We fled to escape persecution at the hands of the Somali government. Experiencing injustice at such an early age definitely formed part of my decision. My parents also taught me the importance of compassion.’

Career high: ‘Our case of NN & LP which brought an end to the 45-day limit on support for confirmed survivors of trafficking, and this case which will lead to survivors being granted leave to remain. Strategic litigation, when conducted well, does really make a huge difference.’

Career low: ‘Representing unaccompanied minor refugees in the “Jungle” camp in Calais. The children were abandoned by the authorities on both sides and we were unable to do much to help. I think about them regularly, but my thoughts are of no use.’