Lawyer in the news: Annie Powell

Who? Annie Powell, a solicitor in the employment and discrimination team at Leigh Day, London.

Why is she in the news? Represented 50 Deliveroo couriers who have reached a settlement with the takeaway company over an employment rights claim. Deliveroo labelled the riders as ‘self-employed suppliers’. Leigh Day argued that this was unlawful and denied riders their employment rights, including the national minimum wage and paid holiday. Deliveroo said in a statement: ‘Deliveroo is pleased to have reached a settlement, without admission of liability, on this claim. ‘This settlement has no impact on Deliveroo riders or our model; and allows us to continue to focus on providing the well-paid, flexible work that riders value. Courts have carefully considered Deliveroo’s model and concluded that riders working with us are self-employed.’ 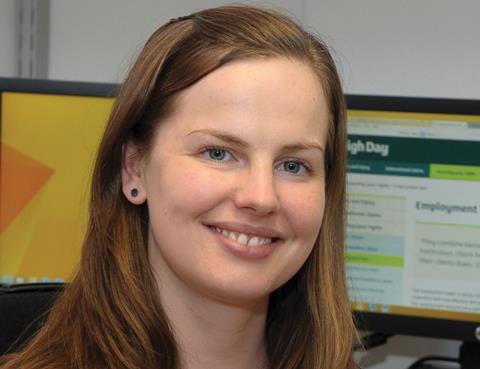 Thoughts on the case: ‘It was important we brought this case, both to challenge Deliveroo’s classification of its riders as self-employed and to challenge its claim to provide flexible, well-paid work. Our clients worked shifts for Deliveroo, they were punished if they had poor attendance and many were paid well below the national minimum wage. Deliveroo produced weekly performance statistics for each rider and disciplined riders for poor performance. Disciplinary action included reducing shifts, written warnings and dismissal. Our argument was that Deliveroo’s classification of riders as “suppliers” was unlawful and designed to deprive them of their employment rights.’

Dealing with the media: ‘The interest from the media in so-called “gig economy” cases has been incredible. Media scrutiny has played an important role in exposing exploitative practices in this sector and put companies under significant pressure to change.’

Why become a lawyer? ‘I finished my history degree and couldn’t think of what else to do. I trained at a City law firm, which wasn’t for me. When employers abused their position of power and mistreated employees, I became part of the employer’s arsenal. That made me uneasy. Working for Leigh Day is the opposite.’