Lawyer in the news: Bill Dhariwal

Head of litigation and managing director of Lawcomm Solicitors, Hampshire 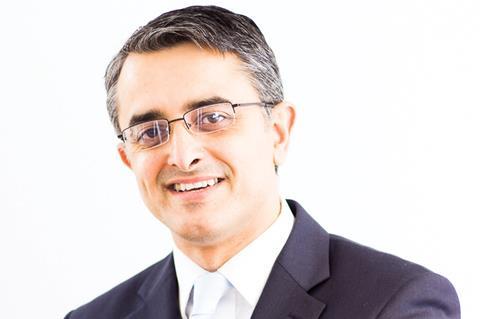 Who? Bill Dhariwal, head of litigation and managing director of Lawcomm Solicitors, Hampshire.

Why is he in the news? Successfully represented Anthony De Jong, carer for the late Ada Richards, in proving his entitlement to Richards’ £1.6m estate, after Richards’ nephews claimed that the will should be set aside on the grounds of undue influence.

Thoughts on the case: ‘Disputed will cases involving allegations of undue influence are factually interesting. In this case, the deceased was estranged from her nephews. The nephews had last seen their aunt when they were about seven. They contested the will based upon what the deceased had said to medical staff. My client was alleged to have assaulted the deceased some months after the will had been executed, following which the deceased informed medical staff that she wished she had not signed the will in his favour. Despite the change of mind, the local authority who had assumed care for the deceased failed to ensure that the will was revoked. Crucially, even though it was found that my client had behaved in a manner he shouldn’t have done towards the deceased and that she changed her mind, as she had not formally revoked the will before her death it was proven in favour of my client. This case serves as a reminder that families have a high burden of proof when alleging undue influence as a means of setting aside a will. Even though the deceased changed her mind, as there was no formal revocation, the last will in favour of my client was admitted.’

Dealing with the media: ‘Overall, the reporting of the case in the nationals was fair, even though slightly sensationalised. The £1.6m value of the estate suddenly became £2m and much was made of the fact that one of the nephews was a nationally recognised table tennis coach.’

Why become a lawyer? ‘Because of my dad. He passed away when I was young boy. As a hardworking, first-generation immigrant shopkeeper, he had wanted his son to become a lawyer, which was an opportunity that had been denied to him.’

Career high: ‘I founded the firm nearly 20 years ago and am incredibly proud of the fantastic team and the hard work they do for clients. I believe my career high will be in October when we celebrate our 20th anniversary.’

Career low: ‘Rather embarrassingly, as a young solicitor I undertook an inspection of documents at another local firm. I bent down and split my trousers when picking up document boxes. I recall edging out of the door with my back firmly to the wall and my female opposition solicitor looking very puzzled indeed.’