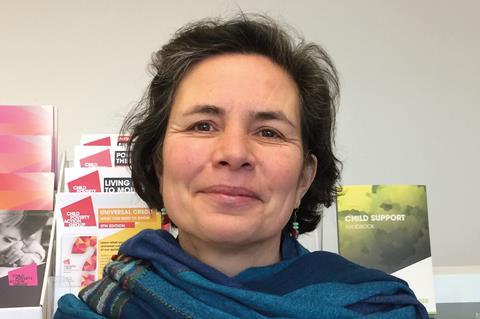 Why is she in the news? Child Poverty Action Group represented two fathers in a landmark High Court case on bereavement support payment (BSP).

Thoughts on the case: ‘It involved a challenge to the requirement that to qualify for bereavement benefits a surviving partner has to have been married or in a civil partnership with the deceased, even for the higher rate bereavement support payment which is paid where there are surviving children. We should never have had to bring the case. In August 2018, the Supreme Court held that the same marriage/civil partnership condition for a predecessor bereavement benefit, Widowed Parent’s Allowance (WPA), amounted to unjustified discrimination against surviving unmarried partners and their children (a case in which CPAG intervened together with the Childhood Bereavement Network). However, instead of reviewing the equivalent condition in BSP, the Department for Work and Pensions has done nothing to amend the WPA legislation to address the human rights incompatibility; and attempted to run an argument that BSP was sufficiently different from WPA that the earlier Supreme Court reasoning did not apply to it and, specifically, that the higher rate paid to those with children was not, even in part, for the benefit of the children.’

Dealing with the media: ‘A bit like a fair-weather friend: all over you when you have a win but not interested in the unglamorous, hard slog of getting to that win, nor the unpaid follow-up work of trying to get a successful judgment implemented.’

Why become a lawyer? ‘Lack of ability to conceptualise things sufficiently in 3D to be an engineer (my original degree) and a vague notion that I could use the law to do good.’

Career high: ‘My present job and the privilege of being able to represent families who already have a lot on their plate but are prepared to engage in the uncertainty, intrusion and lengthy nature of strategic litigation because they don’t want others to go through what they have had to go through with the benefits system.’

Career low: ‘Losing the benefit cap litigation in 2019 brought on behalf of lone parents. Case law developments were on our side but we were stymied by procedural issues, meaning that our case was only substantively argued for the first time in the Supreme Court.’