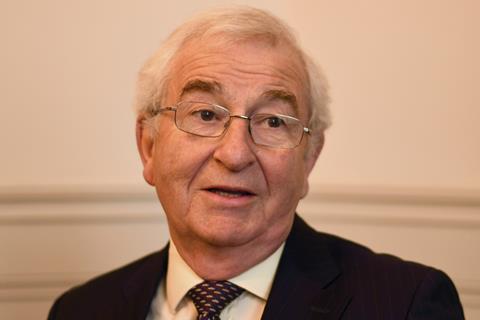 Why is he in the news? Represented Professor Ian Shanks, who was awarded £2m in compensation by the Supreme Court after arguing that the patents for his 1982 invention for monitoring diabetes had been of outstanding benefit to his employer, Unilever UK Central Resources Ltd, and that he was entitled to a fair share of the benefit.

Thoughts on the case: ‘Relief. Vindication. But overall the thoughts are sad. The key member of Professor Shanks’ legal team, Keith Beresford, did not live to see the final outcome. He died in September 2018, just months before the Supreme Court hearing. Keith was the patent attorney who first took on the case, working on a no win, no fee basis. He then brought in the other members of the team (Patrick Green QC, junior counsel Chloe Campbell and me) and kept us all focused when things were not going well. He played a huge role in both securing litigation rights for members of his profession and then exercising those rights (including advocacy in the High Court and Court of Appeal). This was really Keith’s case. My name only appears on the record because I took over responsibility for the final stage after his death.’

Dealing with the media: ‘The mainstream media did not show any interest before the Supreme Court issued its decision. At that stage Professor Shanks took on the role as our main spokesperson. My only contribution was to prepare to be interviewed on Radio 5 and then, 10 minutes before the scheduled time, to be told that it would not happen because of a breaking Brexit story.’

Why become a lawyer? ‘I slipped into law by accident. Later I found myself working as an articled clerk for an inspirational IP solicitor called Jeremy Smith-Cresswell at what was then Reynolds Porter. He made IP law fun and I have found it so ever since.’

Career high: ‘Opening an email telling me that Ian Shanks had won, just as I was about to start tutoring a group of students at Nottingham Law School. The embargoed Supreme Court draft decision was attached, but I couldn’t even look at it until the group session ended an hour later.’

Career low: ‘Losing the previous stages of the Shanks litigation. Closely followed by my first appearance before a famously irascible master on a Queen’s Bench Summons for Directions. Apparently “my colleague took the file to interview a client” was not an adequate excuse for not knowing much about the case.’