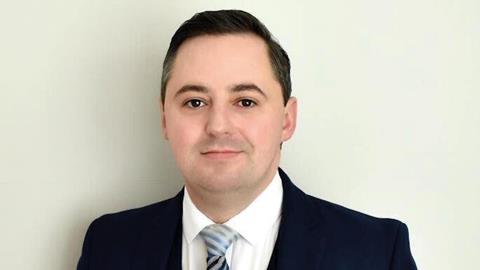 Who? Daniel Jones, partner and head of the family law team in England and Wales, BLM, London and Manchester.

Why is he in the news? BLM intervened on behalf of client Ms H in Her Majesty’s Attorney General v Akhter and Khan, which concerned the marriage of a woman who wed her husband in an Islamic ceremony. The Court of Appeal ruled that a decree nisi of nullity should not have been declared. Ms H was given permission to intervene because her circumstances were similar to Mrs Akhter’s circumstances. BLM acted pro bono.

Thoughts on the case: ‘We are thoroughly disappointed on behalf of our client as she, along with thousands of other women in the UK, is left with no financial relief whatsoever, when the decision at first instance had given so much hope that reform was on the horizon. There are many aspects of marriage law in this country that are completely archaic and there is a long list of necessary reforms. It seems this particular issue is not a government priority, so we cannot overstate the importance of this appeal: it has shone a spotlight on the role the government continues to play in leaving matrimonial law in a completely unfit state. Nevertheless, it has been a real honour to have worked alongside a dedicated team of barristers, campaigners and our client, who was determined to use her challenging circumstances to push for much-needed reform.’

Dealing with the media: ‘The case at first instance in 2018 generated significant interest and we were prepared for the fact that this appeal would reignite debate on the state of matrimonial law. While the media activity has been somewhat of a whirlwind, it has been welcome because we were hopeful that any news would highlight the difficult position that potentially thousands of women in the UK currently face, with many unaware that their marriage is not considered “valid” in the eyes of the law.’

Why become a lawyer? ‘I entered the law to assist other people and to challenge myself mentally. It’s a real privilege to help others and I’m fortunate that I continue to enjoy my profession.’

Career high: ‘I’d have to say growing BLM’s family law team within 18 months from a sole practitioner offering to a team of nine lawyers across Manchester, Liverpool and London. I also feel immensely privileged to have worked on several high-profile and complex cases over the course of my career.’

Career low: ‘My first dressing down from a circuit judge.’