Lawyer in the news: Emma Brooks, Byrne and Partners 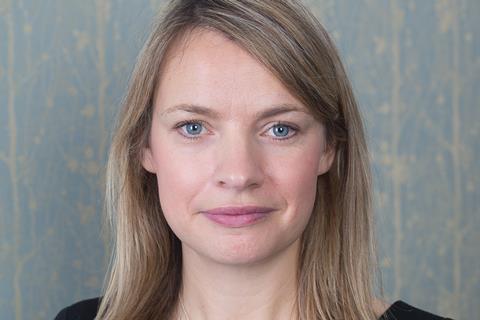 Why is she in the news? Train manufacturer Alstom’s British subsidiary was fined £15m after being convicted for conspiracy to corrupt relating to a contract to supply trams in Tunisia. Brooks led the team which successfully defended Graham Hill, former director of Alstom, who was acquitted of all charges against him.

Thoughts on the case: ‘My client was unanimously acquitted of all charges at a trial which took place 17 years after bribes were alleged to have been paid. By this point he was 73 and had been retired from the company for nearly a decade. SFO investigations are lengthy and complex. However it seems innately unfair for my client to have been expected to remember what happened so long ago in order to properly defend these allegations and be fully exonerated. These delays are no good for anyone involved – defence or the prosecution – and it can clearly undermine public confidence in the system. However, the outcome of this trial reaffirmed my absolute belief in trial by jury. Some underestimate the ability of a jury to try complex financial crime cases, but with the help of skilful legal teams presenting cases and unravelling issues, juries are capable of cutting through the complications and understanding who is or who is not responsible for what has gone on.’

Dealing with the media: ‘Many of our cases are sensitive and we aren’t even able to confirm that we act in a certain matter. In the Alstom case, a reporting restriction was put in place following my client’s acquittal in order not to prejudice a further case against the company. These restrictions are necessary to ensure the fairness of future trials but can be frustrating for clients who have been publicly declared as the accused but have to wait before announcing their innocence.’

Why become a lawyer? ‘At 14 I did work experience at a criminal law firm in my home town of Rotherham. It doesn’t sound glamorous but it was exciting. I went to the magistrates’ court each day shadowing a brilliant advocate. I loved hearing client backstories and understanding the different paths that had led them to the criminal court.’

Career high: ‘I’ve been lucky enough to conduct many high-profile SFO cases including representing those involved in the Libor scandal and now the “Cum-Ex” investigations.’

Career low: ‘My first task as a trainee was to accompany my supervising solicitor to the home of his recently deceased elderly client. We were the executors of her will and needed to search the house for evidence of all her assets. As I rummaged through the poor woman’s underwear drawer, I knew things could only improve.’