Lawyer in the news: Helen Boniface 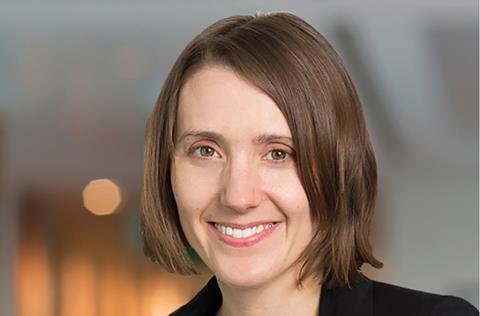 Who? Helen Boniface, a senior associate at Hogan Lovells.

Why is she in the news? The firm was engaged in a complex inquest concerning the March 2017 Westminster terror attack. As part of the firm’s pro bono practice, Hogan Lovells’ safety and security team represented the families of the four victims killed on Westminster Bridge. Following the four-week inquest, the chief coroner concluded that all victims were ‘unlawfully killed’. Any formal recommendations will be issued by the chief coroner at a later date.

Thoughts on the case: ‘After such attacks an inquest is the only legal process available to bereaved families. In this case the chief coroner conducted an extensive investigation, disclosing thousands of documents. As part of our pro bono practice, we identified areas of concern and made representations to the chief coroner in relation to the prevention of future deaths. Inquests such as this play a vital role in improving public safety and we anticipate issues such as MI5 investigative procedures and physical security will also be considered in the inquests into the London Bridge and Manchester attacks, in which we are also acting for families on a pro bono basis.’

Dealing with the media: ‘Media relations are extremely important although great care is needed, particularly in situations of bereavement. We have been fortunate to work with a number of excellent journalists in TV and the press who also have extensive knowledge. They can be a powerful ally, informing and educating a wide audience on critically important issues.’

Why become a lawyer? ‘At university I did a degree in Earth Sciences which, as well as involving a lot of time in caves and stranded in soil pits, included modules on environmental and safety law. This led to my strong interest in the area of law I now practise.’

Career high: ‘The 10 years I have specialised in coroners’ inquests and the wider area of safety, security and regulatory compliance. My initiation was working on the 7/7 London bombing inquests. I have since been involved in many complex major incident cases for clients. Minimising penalties, frequently steering cases to avoid court, and ultimately helping both individual and corporate clients achieve what they want and need, are all rewarding moments professionally.’

Career low: ‘There is frequently a need to convey difficult information to a client – this is a necessary but unenviable part of the role.  Major incidents can highlight the best and worst of humanity. For example, to tell bereaved families people have taken photographs of their loved ones in preference to offering assistance is always a low topic, and one on which we are pushing for change.’