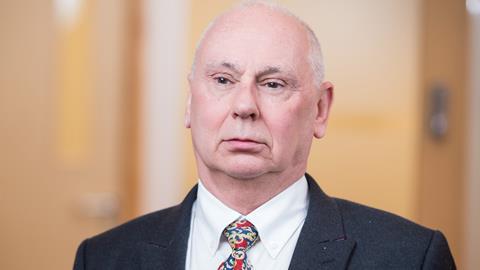 Why is he in the news? Represents Darren Grimes, founder of youth-focused pro-Brexit campaign group BeLeave, who successfully appealed a £20,000 fine imposed by the Electoral Commission for alleged expenses spending offences.

Thoughts on the case: ‘Darren Grimes had led the BeLeave youth campaign in the 2016 Brexit referendum, spending £675,000 of donations on social media advertising. BeLeave filed an audited spending return, but two years later the Electoral Commission decided BeLeave hadn’t existed. Compelling evidence of BeLeave’s existence, including its letters to the commission, were discounted, spending was allocated to Darren personally, and a penniless student fined the maximum £20,000.

‘The commission instructed a QC and two juniors, but HHJ Dight preferred Darren’s case and acquitted him with costs, as honest and transparent, finding the commission had not understood the law it exists to uphold. Darren raised his legal costs by crowdfunding – maybe it’s the new legal aid? The downside was the appalling social media abuse Darren received along the way. Of course we don’t want censorship, but no one should have to endure anonymous graphic threats of violence.’

A spokesperson for the commission said: ‘We are disappointed that the court has upheld Mr Grimes’ appeal. We will now review the full detail of the judgment before deciding on next steps.’

Dealing with the media: ‘In the world of paper, the reporter’s copy is edited by someone you will never meet who owes their allegiance to the paper’s owner, not you or the objective truth. Your comment will get tinted in the lens of editorial policy. So keep it simple. Social media is the new publishing and is brilliant on speed, accessibility and cost, and cuts out the press barons. Everyone can have their say, but it gives a platform to some worrying people. Darren’s campaign showed how you can reach a target audience, but no one owns or polices words on the web now.’

Why become a lawyer? ‘I did biology, physics and chemistry A-levels and then realised I didn’t want to spend my life in a test tube. Law was one of the few options for a refugee from science so I took a punt.’

Career high: ‘Many years ago I was part of starting the North Kensington Law Centre. Solicitors just didn’t go to police stations then and, without witnesses, the flying squad could “verbal” suspects. We began demanding lawyer access and complaining at court if refused. Juries started acquitting and Mrs Thatcher had to bring in PACE.’

Career low: ‘Taking instructions at the Damascus Hilton when sustained machine gun fire broke out all around.’