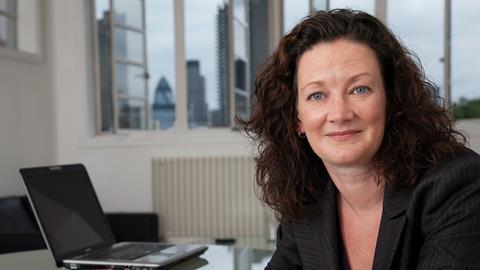 Why is she in the news? Represented Courtney Harriot, Paul Green and Cleveland Davidson, who were convicted nearly 50 years ago of attempting to rob a British Transport Police (BTP) officer. The Court of Appeal overturned their convictions this month.

Thoughts on the case: ‘My clients were young men when they were convicted on the word of corrupt police officer DS Derek Ridgewell. They are now in their late-60s. The extraordinary, near-50-year delay in achieving justice is particularly shocking when you consider that concerns about Ridgewell were raised as early as 1973, when he featured in a BBC Nationwide programme Cause for Concern. During the 1970s there were repeated calls for the Home Office to investigate his activities but the BTP simply moved Ridgewell sideways to a unit investigating mailbag theft. Even after he pleaded guilty to conspiracy to steal mailbags in 1980 and was sentenced to seven years, the BTP failed to act. It is only relatively recently that we have started to understand the full impact of Ridgewell’s offending. My client Stephen Simmons got the ball rolling with the Criminal Cases Review Commission when he learnt of Ridgewell’s conviction. Mr Simmons had always protested his innocence despite being convicted of mailbag theft in 1976. Now he, together with the “Oval Four” and most recently the “Stockwell Six”, have cleared their names.’

Dealing with the media: ‘My clients were surprised by the extent of interest. This could be because, having lived most of their lives believing no one cared about the injustice they had suffered, they were surprised that others were interested for the first time.’

Why become a lawyer? ‘At 15 I found a placement with a local firm of solicitors. I knew instantly that I wanted to be a criminal solicitor.’

Career high: ‘Representing Chana Al-Alas following the death of her four-month-old son, Jayden. Chana was charged with murder and accused of shaking him to death. We showed that Jayden died due to undiagnosed rickets. Following legal submissions, the Old Bailey judge directed the jury to acquit. Chana gave birth during the life of her case and her baby was taken away from her. Securing Chana’s acquittal – and seeing her reunited with her baby – was a wonderful feeling.’

Career low: ‘A bleak Christmas Day spent at Bishopsgate Police Station with a client accused of writing graffiti on the Bank of England. I tried to persuade the police that my client was not well enough to be interviewed. Eventually he was taken back to psychiatric hospital at which he was an inpatient and I was able to get back to my turkey.’