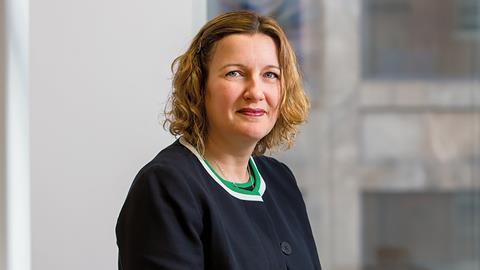 Why is she in the news? Helped safeguard the welfare of a schoolgirl who was at risk of being deported. The Home Office unsuccessfully appealed a decision of the Family Division president, who, in exercising the family court’s jurisdiction to make a FGM protection order, held that the family court was not bound to take, as a starting point, a previous determination of risk by the Immigration and Asylum Chamber.

Thoughts on the case: ‘I was very glad to be involved in this important case and to help give this young, vulnerable girl a voice. I have had cases before where the immigration and family jurisdictions overlap but never one that sent such a clear message about the different ways in which the two jurisdictions work. While in the immigration jurisdiction, my child client was not a party and had no representative and the focus was on the mother’s account; the family jurisdiction turned all that on its head. My child client was a separate party with her own legal team and her welfare was at the centre of the decision-making process. The family court jurisdiction also had the benefit of evidence before it about why the mother might have been a poor historian – ie that she was suffering from PTSD due to her own experiences. The next step is for the child to make an immigration application in her own right – and I just hope the home secretary will consider the serious risks posed to this young girl if she isn’t allowed to remain in the UK.’

Dealing with the media: ‘Because of the confidential nature of the work I do, actually over the years I have had very little contact with the media. The mother’s team have really driven the media contacts in this case so far, although I am starting to get some enquiries myself. I have found the media to be nothing but interested in a helpful way.’

Why become a lawyer? ‘I was 10 when I told my parents I was going to become a lawyer and I never wavered. I put it down to watching too much Perry Mason. But as the years have gone on, I realise I could only ever have been the type of lawyer I am – one that works with vulnerable people going through some of the worst times of their lives.’

Career high: ‘This might seem a strange as I didn’t win the case, but I would say acting for a 16-year-old girl who was on the autistic spectrum and was in hospital due to self-harming. Although she really wanted just to go home, everyone, including her mother, agreed that was not best for her. Helping her through that process and giving her a voice, when at times she could only manage to give me instructions by writing me notes. Even though I didn’t get what she wanted I hope I helped her manage the process a little better than she might otherwise.’