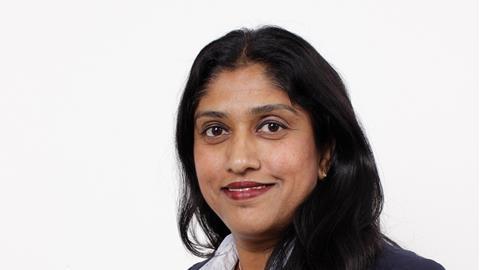 Lawyer in the news: Krisha Prathepan

Who? Krisha Prathepan, a solicitor in the public law and immigration departments at Duncan Lewis, Harrow.

Why is she in the news? The firm represented four of the five appellants in a test case relating to immigration detention. The conjoined hearing in the Court of Appeal related to three judgments in the cases of five individuals placed in detention pending possible removal to other EU member states pursuant to the Dublin Regulation (Dublin III). The court ruled that the detention of the appellants, purely for the purpose of being removed to a Dublin III signatory state, was unlawful.

Thoughts on the case: ‘My colleague Bahar Ata was instructed by [two of the appellants]. This result could not have been achieved without her hard work, perseverance and our team of counsel. There was a gap in the law and it was being exploited by the Home Office. The power to detain is, in my view, draconian which means that it is all the more important that it is exercised justly. These cases help to challenge the unfounded narrative that all asylum seekers are absconders and deviant law-breakers, and should act as a reminder that the Home Office has obligations to treat asylum seekers with respect and dignity.’

Dealing with the media: ‘Words and ideas can change the world. I hope this case will bring attention to the excessive and often unlawful use of immigration detention in the UK by the Home Office. Detention, if used at all, should only ever be a last resort. Liberty is a fundamental right which is being steadily eroded by the same people who claim to be our guardians.’

Why become a lawyer? ‘No one has said it better than Bob Marley: “Get up, stand up, stand up for your rights. Get up, stand up, don’t give up the fight.” I have always tried to fight for the rights of the most marginalised members of our society. I am who I am because of my late father and I dedicate any achievements to him. I just hope that I can make some small difference.’

Career high: ‘It was a great privilege to be recognised as the Society of Asian Lawyers’ Civil Lawyer of the Year 2017.

Career low: ‘When I was fighting without a specific cause. I found purpose under the direction of my director Toufique Hossain who inspires the team to fearlessly fight injustice in this hostile environment, even when the work is at risk financially.’