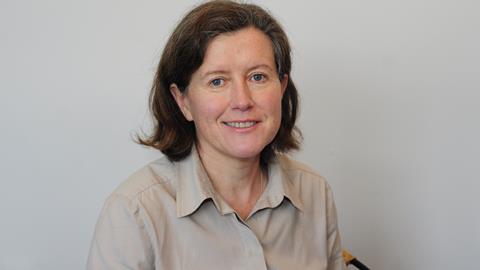 Why is she in the news? The High Court ordered Shaughnessy’s client, who spent more than a year in hospital, to be discharged from her ward at University College London Hospitals NHS Foundation Trust to make room for Covid-19 patients.

Thoughts on the case: ‘My client MB has severe and complex mental health problems. MB collapsed at home and was admitted to hospital. Her condition deteriorated and she remained in hospital for over a year until she was ordered by the High Court to leave by 12 the next day which was Good Friday. The trust argued that she was fit for discharge and had been for some time. We argued that the trust was discriminating against her.

‘The fact that the hearings took place over the phone meant that my client was involved from her hospital bed, though there were warnings from court staff that the mute button may be employed. Under normal circumstances my client would probably have had no direct involvement in the hearings as she was in hospital and immobile. Virtual hearings can create greater engagement. I would hope that courts might consider better ways in future of enabling parties with health problems and / or disabilities to participate directly within court hearings.’

A UCLH spokesperson said: ‘Our staff have worked tirelessly with Camden Council over a significant period of time to ensure that our patient has a home to go to, with care suitable for her needs. UCLH welcomes the court’s judgment, particularly at a time when hospital resources are in such high demand.’

Why become a lawyer? ‘You can make a difference to the quality of people’s lives. At least half of my caseload is legal aid, which enables me to help those who may have no other means of support.’

Career high: ‘A case I took to the Supreme Court regarding a challenge to my client’s enhanced police disclosure. She was a school dinner lady who had lost her job because of the “relevant” information the police decided to put on her enhanced disclosure. While we lost on the facts of her case, the court ordered that a review process should be established to provide a way of challenging the information the police decide is relevant.’

Career low: ‘My client, a young asylum-seeker from Sudan with a diagnosis of PTSD and depression, lost his challenge to his age assessment in the Upper Tribunal. The tribunal decided he was an adult which meant he would no longer be entitled to support from his local authority under the Children Act.’