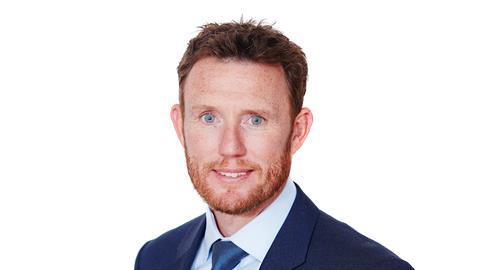 Lawyer in the news: Paul Haworth

Why is he in the news? Represents Nikesh Rastogi, a sea captain who was stranded aboard a ship in a Norfolk port for 18 months along with three crew members, after the ship’s owners went into liquidation. This triggered a complex series of disputes in relation to unpaid wages and port dues. The four men went home last month but Haworth says the case is ongoing.

Thoughts on the case: ‘It’s a great case to be involved with, to assist the captain and crew to return to India and recover their outstanding wages. There are always problems with crew not being paid, but the length of period they were on board was unusual. The port was relying on an 1847 act to recover their port dues and apply a penalty charge in priority to the crew’s wages claim. This would have wiped out any proceeds when the vessel was sold. The crew, having already obtained a judgment for some their wages had, due to the current law, no means of enforcing their judgment. So we had to look at the European Court of Human Rights regarding access to justice. Fortunately, the matter was resolved with the port and this was not fully argued.’

Dealing with the media: ‘The Press Association came down to the vessel and did an article on the crew. It was then picked up by about 150 different news outlets around the world, including the BBC, ITV and Sky. The BBC subsequently came down to the vessel, which made the 6pm national news when the crew finally went home. Following that it was quite intense for a few days and I did a number of radio and TV interviews along with the captain.’

Why become a lawyer? ‘I was a former captain at sea and was looking for a way to work ashore. Becoming a lawyer was a great way to put my skill set to good use. I enjoy being sent to ships that have been involved in an incident, such as a collision, or, as in this case, providing assistance to crew. It is also extremely useful being a former captain because I can discuss issues and we understand what needs to be done.’

Career high: ‘It has to be this case. Seeing the excitement on the crew’s faces when they came down the gangway to board the minibus to the airport was priceless.’

Career low: ‘I’ve had career lows when I was at sea, but not as a lawyer.’