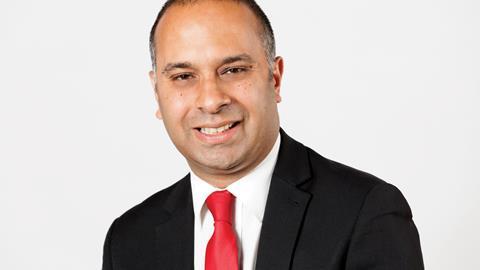 Why is he in the news? Represented James Farrar, a former Uber driver who leads the private hire branch of the Independent Workers’ Union of Great Britain. Southwark Crown Court ruled Farrar had no case to answer after he was prosecuted for assault at a demonstration for using a megaphone close to police officers’ ears. In a successful application to dismiss the case, Icah Peart QC argued that Farrar could not and did not apply force and so no offence was committed.

Thoughts on the case: ‘I was astonished that he was ever charged and could never believe that it got as far as it did. In his capacity as a union leader, James used a loudhailer during a demo at Parliament Square. Officers walked towards him and then complained about damage to their ears – and James is charged with assaulting an emergency worker! What makes it more insidious is that the investigation appeared to arise after James made complaints about police behaviour during the demo, and against a background where his union has been active in criticising the Met and TfL for discriminatory policies against their members. There needs to be a proper review.’

The Metropolitan Police said the decision to prosecute Farrar ‘was completely unconnected to the complaint he submitted about the policing of the protest on 4 March 2019. The complaint, which is being dealt with by a chief inspector not involved in the prosecution, had been on hold due to the legal proceedings. Now the case has concluded, the investigation into his complaint can continue’.

A CPS spokesperson said: ‘This case was carefully reviewed and a decision made that our legal test was met.’

Dealing with media: ‘They have been intrigued about the unusual nature of the alleged assault. James, however, has always been clear that it is not just about him and wants questions asked about the prosecution and the issues that are facing his members.’

Why become a lawyer? ‘I grew up in Northern Ireland at the height of the Troubles. Lawyers seemed to be the ones fighting against injustice.’

Career high: ‘The jury giving clients a standing ovation having acquitted them of all charges, after a difficult anti-fascist trial.’

Career low: ‘Being in court when my clients, the Stansted 15, were convicted of terror-related offences for stopping a plane deporting refugees. Some of those refugees should never have been on the plane and have been allowed to stay, yet the 15 got convicted. It was a travesty of justice that we are appealing.’