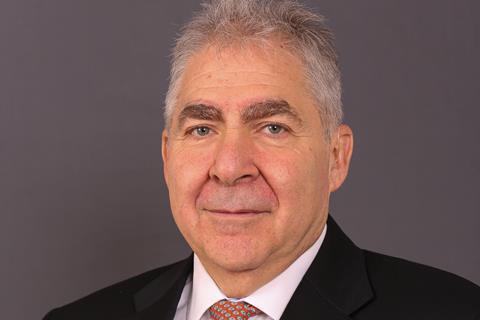 Who? Roger Gherson, partner and founder of Gherson Solicitors, London.

Why is he in the news? Successfully represented Zamira Hajiyeva, the wife of a jailed banker, in an extradition case. Hajiyeva, who is the subject of the UK’s first unexplained wealth order, is accused of embezzling millions of pounds from the state-owned bank that her husband ran for 14 years in Azerbaijan. Westminster Magistrates’ Court ruled that she would not get a fair trial in her native country. Hajiyeva denies the allegations.

Thoughts on the case: ‘I’ve dealt with high-profile cases from many jurisdictions around the world, including Russia and the CIS, and the Middle East. It is often hard to find witnesses who are prepared to come to court but the difficulties we faced in this case were particularly acute. Our client’s husband had already faced an unfair trial in Azerbaijan and several lawyers instructed by him had been disciplined or even struck off as a result of their involvement in the case. It was clear from the outset that our client would not face a fair trial on return, but finding anyone who was prepared to give evidence in the case was extremely difficult. In the end we were forced to make an application for anonymity to protect a key witness in the case and even then his fear was palpable as noted by the senior district judge in her judgment.’

Dealing with the media: ‘Despite the media interest in this case, which is understandable due to it being connected to the first unexplained wealth order in the UK, we have not been able to engage due to the fact that an appeal is most likely to be lodged and there are ongoing legal matters still pending regarding the UWO.’

Why become a lawyer? ‘My A-levels were science-based and I had a place at university to read chemistry. I was not keen. I had been helping a relative, who was not a lawyer, with his own legal issues, and the challenge of fighting a landlord appealed enormously. I was captivated.’

Career high: ‘The work we do in immigration, asylum, extradition and white-collar crime tends to attract difficult cases. Succeeding in these cases – when the odds are inevitably stacked against the client – has always been exciting and you never get bored of it.’

Career low: ‘My career has spanned some 40 years and during that time the major lows were the 1990s recession, when the property market crashed and I had to turn to immigration law full-time. It was very destabilising and the uncertainty lasted a number of years while I built a standalone immigration practice, of which there were very few at the time. The millennials will not understand this, but a severe recession is a very sobering experience.’