Why is he in the news? Clifford Chance secured permission to bring a judicial review on behalf of Christie Elan-Cane, whose campaign, Non-Gendered – Fighting for Legal Recognition, seeks legal recognition for individuals who do not identify as either male or female. The review will challenge the policy of Her Majesty’s Passport Office to require applicants to declare their gender as male or female, and to refuse to issue passports with a gender marking ‘X’ (for unspecified) as permitted under International Civil Aviation Organisation standards. 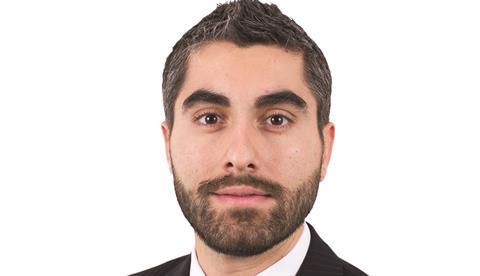 Thoughts on the case: ‘Christie’s case addresses the fundamental right to respect for individual identity. British nationals who do not identify as either ‘male’ or ‘female’ currently face the impossible decision between making false declarations about their gender in order to obtain a passport, or having no passport at all.  The court’s decision is therefore a significant first step in addressing this injustice. On a personal level, it is rewarding to advise on a pro bono case that has the potential to make a tangible, positive impact on the lives of many.’

Dealing with the media: ‘Following the decision, we received significant interest from national and international TV channels and newspapers, as well as the LGBT-focused media. This exposure is a great opportunity to explain to the public why the case is so important to our client and to many other individuals. It gets across the impact that the refusal to issue X passports has on individuals who do not feel comfortable identifying with traditional “male” or “female” gender markings.’

Why become a lawyer? ‘I find the work intellectually stimulating, varied and rewarding. No day is ever the same, and I get to work with a diverse range of interesting people from all backgrounds from all over the world.’

Career high: ’The court’s decision in Christie’s case gave me a real sense of pride and satisfaction. As an international arbitration specialist, successfully defending a major corporation in a $2bn suit in Singapore was another milestone.’

Career low: ‘The first time I arranged a business development dinner I took an overseas client to a steakhouse, only to learn on arrival she was vegetarian.’