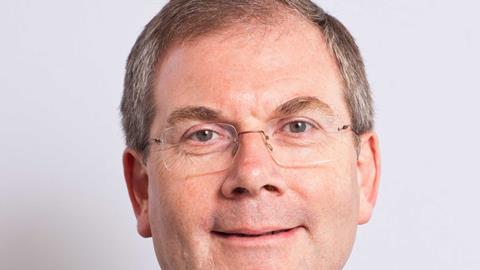 Jeremy Clarke-Williams acted for a Metropolitan Police officer who was accused of lying by former chief whip Andrew Mitchell.

Why is he in the news? He acted for a Metropolitan Police officer whom former Conservative chief whip Andrew Mitchell had accused of fabricating evidence in the so-called ‘plebgate’ Downing Street affair.

PC Toby Rowland was on Downing Street duty in September 2012 when he refused Mitchell permission to exit through the main gates, directing him instead towards a side gate. Rowland recorded in his notebook that Mitchell became angry, calling the officers on duty ‘plebs’ and peppering his tirade with the word ‘fucking’.

The row was reported by the Sun newspaper, which Mitchell proceeded to sue for libel. Part of Mitchell’s case was that Rowland had lied, which in turn prompted the police officer to counter-sue for libel.

Mitchell conceded that he had used bad language, but denied using the ‘pleb’ word. Sitting in the High Court, Mr Justice Mitting, after hearing two weeks of evidence from 26 witnesses and considering numerous documents, said that Mitchell’s version of events was inconsistent with CCTV footage of the row with Rowland.

Mitting ruled: ‘I am satisfied, at least on the balance of probabilities, that Mr Mitchell did speak the words alleged or something so close to them as to amount to the same, including the politically toxic word “pleb”.

‘(PC Rowland) was not the sort of man who would have had the wit, imagination or inclination to invent on the spur of the moment an account of what a senior politician had said to him in temper.’

He ordered Mitchell to pay interim costs of £300,000. However, it is believed that Mitchell could eventually face a multi-million-pound final bill for costs and damages.

Mitchell commented: ‘Obviously, I am bitterly disappointed by the result of the judgment today. This has been a miserable two years, but we now need to bring the matter to a close and move on with our lives.’

Rowland said: ‘I am delighted to hear [that] again my innocence, my reputation and my integrity as a police officer have been recognised.’

Thoughts on the case: ‘Andrew Mitchell and the media focused almost exclusively on the politically toxic word “pleb”. PC Toby Rowland, on the other hand, was indifferent to “pleb”, but did take exception to the politician’s repeated use of the word “fucking”. It was that word, not “pleb”, that persuaded him to issue a Public Order Act warning.

‘The case was unusual in that I found myself in the unexpected position, after 28 years at the firm [including the years when it was Russell Jones & Walker], of being on the same side as the Sun newspaper.

‘Finally, it was very unusual for a matter like this to be investigated by the police. The whole encounter took moments, but it generated a colossal pile of literature and evidence.’

Why become a lawyer? ‘The law gives you the opportunity to confront bullies and overcome bullying behaviour through legal procedure. It is also varied and intellectually stimulating, constantly throwing up different human stories.’

Career low: ‘A hideous experience of untrammelled horror. I was doing the conveyancing seat during my articles and, in the course of the simultaneous sale of a property and purchase of another, contrived to move my clients out of their home without their having a new one to move into.

‘Contracts were exchanged 24 hours later, but that was a very long 24 hours with unhappy clients and a furious managing partner.’