Who? Simon Jackson, consultant with Harrison Clark Rickerbys solicitors, in the Wye Valley. 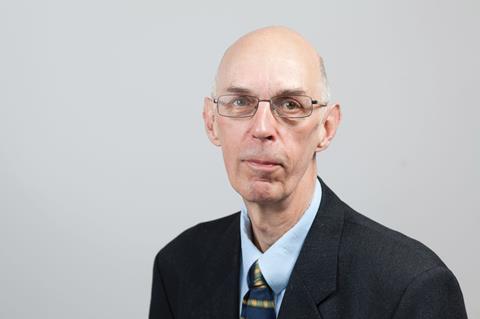 Why is he in the news? Represented Nigel Mott, who had fished for salmon in the Severn Estuary for years using the ancient ‘putcher’ method, catching up to 600 fish per season. From 2012, the Environment Agency, using new powers, restricted the number of fish that could be caught in each season to 30 or fewer, effectively destroying Mott’s business.

Mott challenged this at judicial review, arguing that the conditions  amounted to a deprivation of his property, contrary to Protocol 1 Article 1 of the European Convention on Human Rights, succeeding in the High Court, the Court of Appeal and now the Supreme Court.

Thoughts on the case: ‘It was gratifying that, despite the inequality of resources, the client was able to rely on human rights principles to gain justice where no statutory compensation was payable. It should be another reminder of the importance of maintaining these underlying rights in some form post-Brexit.

‘Those who criticise human rights law would no doubt have gladly availed themselves of the protection of the convention if they had found themselves in Mr Mott’s position.’

Dealing with the media:  ‘The issue of a press release by the Supreme Court and the judgment meant the case was widely publicised without any significant involvement on the part of my firm. As with cases of mine in the past, I am amazed at the inability of the media in most instances to report the case without some inaccuracy.’

Why become a lawyer? ‘It sort of edged up on me. I was encouraged by my lawyer father to start Law Society exams while I pondered the question of what else to do with a philosophy degree.’

Career high: ‘Getting a good outcome for a deserving client in the Supreme Court a month before retirement leaves a good taste for my dotage.’

Career low: ‘As a sole practitioner, the increasing burden of regulation that had to be dealt with before you could get on with what you were qualified to do.’