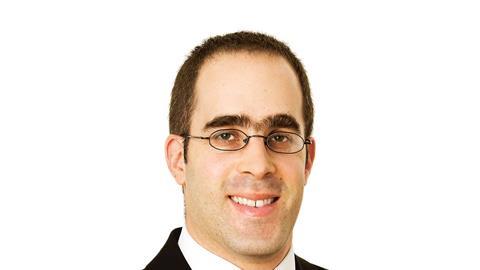 Who? Alan Wetterhahn, 40, sports and technology partner in the commercial team at London firm Fladgate.

Why is he in the news? Acted for football star Gareth Bale in negotiating his record-breaking £85.2m transfer from Tottenham Hotspur to Real Madrid and his multi-million-pound Adidas sponsorship deal.

‘I was part of a multi-disciplinary team for the transfer,’ says Wetterhahn, ‘because of the corporate, taxation and commercial issues around it. Once Spurs agreed he was going, then we were all pulling in the same direction. The Adidas deal was much more straightforward.’

Thoughts on the case: ‘I am like a kid in a sweet shop with this sort of deal. I’m a lawyer and a sports fan, so I was combining my career and passion. On a different note, it is interesting to see how football boot contracts have developed since I started a dozen years ago. It is no longer a case of “we will pay you if you wear our boots”.

‘Brands like Adidas have to be more savvy now because the players are brands themselves.’

Why become a lawyer? ‘When I realised I wouldn’t make the grade as a professional sportsman, I chose the next best option – the law.’

Career high: ‘Having the world’s most expensive footballer as my client.’

Career low: ‘Accidentally handing a magistrate a photocopy of a form rather than the form itself. It was doubly embarrassing because some of the trainees from the firm had come along to see the right way to do it.’