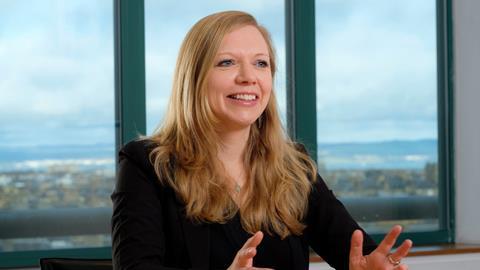 Who? Barbara Bolton, UK representative for the International Vegan Rights Alliance and a partner at Shepherd & Wedderburn in Edinburgh.

Why is she in the news? The alliance, along with the Vegan Society, challenged the Central and North West London NHS Foundation Trust over an advert for an occupational therapist in an eating disorders service that stated applicants with vegan diets could not be considered. The trust said it was sorry for the offence caused and ‘speedily’ changed the advert. The spokesperson added: ‘This requirement was wrongly summarised as about the person applying and not the clinical requirement of the job. We apologise for that.’

Thoughts on the case: ‘As a vegan solicitor it struck me that this was discriminatory. It was clear from the job specification, in which they referred to veganism as a ‘restrictive eating practice’, that they misunderstood veganism entirely. Veganism is not a restrictive diet; it is not a diet at all. Veganism is living according to the belief or conviction that it is wrong to exploit and kill living beings unnecessarily. That moral conviction has been acknowledged as “cogent, serious and important” and is therefore a protected belief under international, European and UK law. It is unlawful to discriminate against people holding that conviction, directly or indirectly.’

Why become a lawyer? ‘It is both challenging and rewarding, and the skills you develop in terms of critical analysis, problem solving and project management are highly transferrable.’

Career high: ‘Securing asylum in the US for a couple from Bulgaria who were then living in Brooklyn. Both were blind (one fully, one partially) and had been persecuted on account of their religion.’