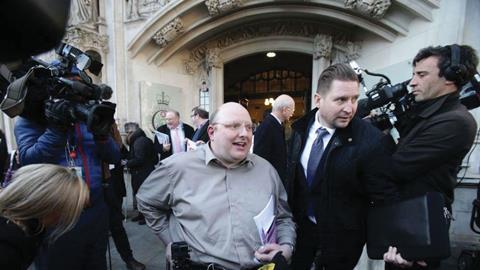 Why is he in the news? Represented wheelchair user Doug Paulley, who was unable to board a FirstGroup bus in Yorkshire in 2012 when a woman with a sleeping child in a pushchair, occupying the wheelchair space, refused to move after being asked by the driver.

The Supreme Court allowed Paulley’s appeal; but only to the extent that FirstGroup’s policy requiring a driver simply to request a non-wheelchair user vacate the space without taking any further steps was unjustified.

Thoughts on the case: ‘This was about changing a policy which disadvantaged disabled customers. It has achieved a cultural change providing disabled passengers with an expectation of the right to travel on public transport. Disabled people chained themselves to buses to campaign for a wheelchair space, and what we sought to do was give priority use of that space to the people for whom it exists.

‘It’s remarkable that such a straightforward and moral principle was defended with such rigour and at such expense, but that made the outcome all the more important to the claimant and his many supporters.’

Dealing with the media: ‘In cases of strategic social importance, it is imperative that all types of media are used as part of the process of achieving change. Doug Paulley is a prolific tweeter and blogger, and news of his case spread quickly. Doug considered the issues to be so important that he made himself widely available for interviews and was able to set out his case in a way which engaged with the public. This helped in many ways because we were able to admit evidence that Mumsnet, for example, supported his case, dealing directly with the argument advanced by others that the case was a battle between wheelchair users and buggies.

Why become a lawyer? ‘I enjoy working on cases which matter to people and help to deliver change.’

Career high: ‘Being hugged by a happy, crying client and seeing the sheer joy of those who had been supporting Doug’s case for so long.’

Career low: ‘I don’t like losing cases where I think the judge hasn’t understood the case properly, or has decided the case before hearing the evidence and submissions, but delivers an unappealable judgment.’