Who? Harriet Wistrich, solicitor at Birnberg Peirce and founding director of the Centre for Women’s Justice. 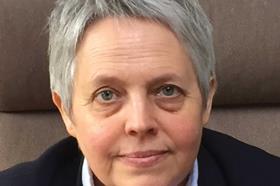 Why is she in the news? Acts for two complainants in the case involving serial sex attacker John Worboys. They brought the case DSD and NBV v the Commissioner of Police for the Metropolis, which established that the police are required, under article 3 of the ECHR, to conduct an effective investigation. That case is awaiting a Supreme Court decision which will have repercussions for a series of potential cases seeking accountability in respect of police failures. Worboys will be released from prison at the end of this month following a decision by a Parole Board panel.

Thoughts on the case: ‘Neither of my clients was expecting the shock decision that Worboys was to be released after serving less than 10 years in prison. More than 100 women have claimed he drugged, raped or sexually assaulted them, although he was tried and convicted of only a sample of those cases. They have no confidence that an accurate assessment can have been made as to his risk and feel badly let down, yet again, by the criminal justice system.’

Dealing with the media: ‘My phone started ringing at 3.30pm on Thursday and did not stop until Friday evening. After communicating with my clients I felt it important to speak out on their behalf, to highlight the issues and their concerns. It was also an opportunity to bring attention to the forthcoming Supreme Court judgment that is pending in their case. It raises parallel issues of state failings around violence against women.’

Why become a lawyer? ‘After being involved in campaigning with the law reform group Justice for Women and working on the Emma Humphreys appeal in 1995, I felt that becoming a civil liberties lawyer might offer me the opportunity of using creative and intellectual skills to assist with causes I believed in.’

Career high: ‘Being able to develop a high-profile, politically significant caseload and achieving some great outcomes for my clients.’