In November 2009, a Russian lawyer called Sergei Magnitsky died aged 37 in Russian police custody. Magnitsky had discovered what he claimed was a large fraud by Russian tax officials and police officers. This had resulted in the alleged theft of £150m. It remains unclear how Magnitsky died, but it is said to be from acute heart failure and toxic shock caused by untreated pancreatitis. However, his family alleged he had been severely beaten and others have stated he was subjected to torture in prison. 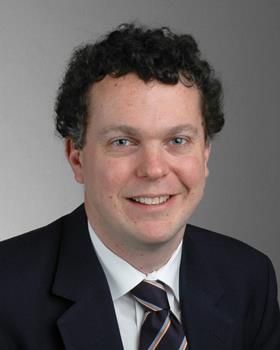 Following Magnitsky’s death, US Congress passed a bipartisan bill – the Russia and Moldova Jackson-Vanik Repeal and Sergei Magnitsky Rule of Law Accountability Act of 2012. Better known as the Magnitsky Act, this law enables the US to withhold visas and freeze financial assets of Russian officials thought to have been involved in human rights violations.

Following recent events in Salisbury, the UK government has been looking at ways to respond to evidence suggesting that the Russian state was behind the poisoning of Sergei Skripal and his daughter Yulia. The question is, does the UK need its own version of the Magnitsky Act and to what extent are economic sanctions an effective response?

In the UK, the imposition of sanctions has flowed historically from the UN or the EU. Targeted sanctions are agreed at an intra-state level and then brought into UK law by way of a statutory instrument. Following our decision to exit the EU, the UK government has stated its intention to pass legislation which ensures that the UK continues to adopt EU sanctions, as well as allowing the UK to impose its own sanctions. The Sanctions and Anti-Money Laundering (SAML) Bill is currently working its way through parliament and, similar to the Magnitsky Act, would allow the UK government to impose its own sanctions, separately from the UN or EU. In addition to UN and EU sanctions, the SAML Bill allows for sanctions to be imposed by the UK for ‘discretionary purposes’.

These are defined as: for furthering the prevention of terrorism, in the UK or elsewhere;

The SAML Bill requires a minister to make ‘sanctions regulations’ where they consider it appropriate for the purposes set out above. The minister must have considered whether there are good reasons to pursue the purpose and be satisfied that the imposition of sanctions is a reasonable course of action for that purpose.

While this legislation is still to be passed into law by parliament, some have argued that it does not go far enough. Nonetheless, given the circumstances the UK is facing following the Skripal assassination attempt, and the government’s stated desire to react appropriately, this could be the closest the UK gets to a Magnitsky Act.

Yet is the use of economic sanctions truly effective? Put simply, the ultimate aim of a sanction is to change the behaviour of the target country’s leadership or regime; in this case, Russia. It may be that the British government decides to tighten financial sanctions on those alleged to be close to president Putin. 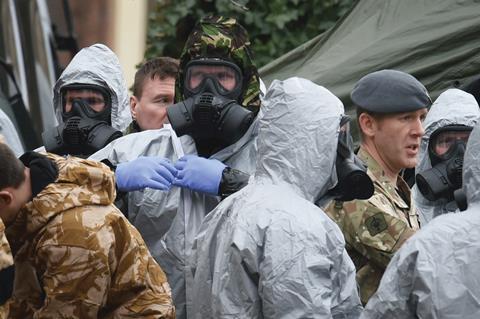 Financial sanctions tend to freeze the assets of individuals or corporate entities, which in practice means that nothing can be done with those assets without the permission of the UK government, through the Office of Financial Sanctions Implementation (OFSI). Given the amount of Russian assets held in the UK, either in the form of liquid assets held by financial institutions or in the form of property, this could potentially be quite effective. The key to the success of any such sanctions is for the right people to be targeted and to negate ways of circumventing them.

The discretionary need for sanctions is a matter for the government and the relevant security services. Their effectiveness is more a matter of legal standing. In recent years there has been a perception that the UK is ‘soft’ on both money laundering and the enforcement of financial sanctions in the City of London. In response to such a charge, the government has purposely sought to tighten the legislation around both money laundering and the sanctions regime alongside effective enforcement. In fact the Treasury Select Committee has just announced its intention to launch an inquiry into economic crime in the UK, looking at money laundering, terrorist financing and sanctions.

Separately from the SAML Bill, on 1 April 2017, the Policing and Crime Act 2017 (PCA) came into force. Part 8 of the PCA significantly increased the powers that UK authorities have to implement and enforce the UK sanctions regime. The most significant development under part 8 is that sanction breaches are a criminal offence, punishable on conviction by a prison sentence of up to seven years. But the authorities now also have a wide range of new civil enforcement powers available to them. The most significant of these is that OFSI can find individuals and corporate entities liable for sanctions breaches if it is satisfied, on a ‘balance of probabilities’ (the evidential test in civil proceedings), that a breach has occurred. In response to such a finding, OFSI may then impose significant financial penalties.

While on the face of it this sounds like positive and determined action, to date OFSI has neither prosecuted, nor brought a civil enforcement action against, any entity for breach of the sanctions regime. If the UK response to events such as those in Salisbury is to be effective, then quite evidently the sanctions regime in the UK must be robustly implemented and enforced.

An audacious assassination attempt in a sleepy Wiltshire town may prove to be the watershed moment which drives this process forward – the UK’s very own version of the Magnitsky Act.