A new code of audit practice

‘Whan that Aprill, with his shoures soote/ The droghte of March hath perced to the roote’. So, in 1387, opened the prologue to Canterbury Tales. But if April inspired Chaucer’s characters to begin their famous pilgrimage, local authority lawyers and auditors will soon also find a new spring in their steps. For on 1 April 2020 there will be a new Code of Audit Practice. 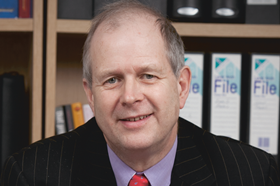 So what is it? Under schedule 6(1) to the Local Audit and Accountability Act 2014, ‘The comptroller and auditor general (CAG) must prepare one or more codes of audit practice prescribing the way in which local auditors are to carry out their functions under’ that act. The CAG is chief executive (but not an employee) of the National Audit Office and is an officer of the House of Commons. Incidentally, comptroller (per OED) is an ‘erroneous spelling of controller, introduced c 1500… [but] still retained in certain official designations’.

Section 20(1) of the 2014 act sets out the general duties of external auditors, namely that: ‘In auditing the accounts of a relevant authority… a local auditor must, by examination of the accounts and otherwise, be satisfied that:

(a)    the accounts comply with the requirements of the enactments that apply to them;

(b)    proper practices have been observed in the preparation of the statement of accounts, and that the statement presents a true and fair view; and

(c)    the authority has made proper arrangements for securing economy, efficiency and effectiveness in its use of resources.’

Under section 2 and schedule 2, relevant authorities include specified local authority bodies. ‘Proper practices’ (per section 21(2) of the Local Government Act 2003) refer to ‘those accounting practices: (a) which the authority is required to follow by virtue of any enactment, or (b) which are contained in a code of practice or other document which is identified… by regulations made by the secretary of state’.

But why auditors at all? Can local authorities not just carry on without external busybodies? The trouble is that human nature is often careless, imprudent or improvident with other people’s money. Which points to external assurance. Aristotle recognised this back in the 4th century BC. In Book VI of Politics he wrote that ‘inasmuch as some of the magistracies, if not all, handle large sums of public money, there must be another office to receive an account and subject it to audit, which must itself handle no other business; and these officials are called auditors by some people’.

More recently, the current CAG, Gareth Davies, has said that ‘at its core, the role of public audit is to assure taxpayers that the money they provide through compulsory taxation is accounted for accurately and spent on the purpose intended’. For ‘taxpayers do not have the option of withdrawing their investment if they become concerned at the way it is being used’. And ‘public audit provides additional assurance that resources are applied honestly, for the purposes approved by parliament, economically, efficiently and effectively’.

So, following consultation, the final draft of the code has now been laid in parliament and, subject to parliamentary approval, will come into force on 1 April 2020. Among the consultation themes was the need for auditor proportionality. The new code therefore provides (at 1.10) that the ‘auditor’s work should be risk-based and proportionate’, tailored ‘to the circumstances in place at the audited body and the audit risks to which they give rise’. The auditor should also ‘consider carefully the practical and resource implications for the audited body when framing recommendations’.

The need for professional scepticism and challenge was also raised. So (at 1.18) the code highlighted this, indicating that auditors ‘should obtain and document such information and explanations as they consider necessary to provide sufficient, appropriate evidence in support of their judgements, both in relation to their work on the financial statements and their work on arrangements to secure value for money’.

Consultancy work carried out by large private sector firms with local authority audit practices can raise obvious conflicts of interest. So paragraph 1.16 makes clear that ‘the auditor should not carry out any other work for an audited body if that work would impair their independence in carrying out any of their statutory duties or might reasonably be perceived as doing so’.

Public reporting is an essential part of the audit process to provide public assurance concerning proper stewardship of public funds. So (per 1.19) the auditor should (among other things) ‘report on a timely basis, clearly, concisely and objectively without fear or favour’ and, ‘if making recommendations, set judgements out clearly, along with the evidence on which those judgements are based, explain the impact they have on the audited body, and the actions the body should take in response’.

As local authority lawyers know (per 2.3), ‘all audited bodies are expected to have effective corporate governance arrangements to deliver their objectives’. So ‘publication of the financial statements is an essential means by which the audited body accounts for its stewardship and use of the public money at its disposal’. And (at 3.4): ‘In preparing its governance statement, the audited body will tailor the content to reflect its own individual circumstances.’ For ‘most local bodies there is a requirement to provide commentary on their arrangements for securing value for money from their use of resources’. Paragraph 5.1 usefully summarises the auditor’s additional powers and duties.

Governance lawyers will wish to familiarise themselves with the new code for their core role and in dealings with the external auditor.