A ‘setback’ for unexplained wealth orders

The UWOs related to three London homes owned for the benefit of Nurali Aliyev and his Kazakh politician mother, Dariga Nazarbayeva. One property attracted particular media attention as it is located on The Bishops Avenue in Hampstead, London – so-called ‘Billionaires Row’.

The NCA’s case was that it suspected all three homes were bought with funds embezzled by Mr Aliyev’s now dead father, Rakhat Aliyev, the self-styled ‘Godfather in Law’. The court ruled that the NCA’s assumption that Rakhat Aliyev was the source of the money was unreliable.

The NCA immediately announced it will appeal.

This judgment follows two other decided cases where the NCA was successful. 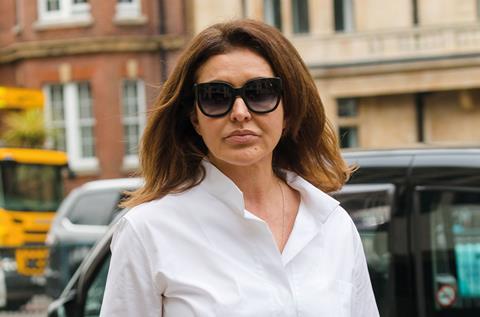 The first in time, and the first UWO, was against Zamira Hajiyeva (pictured right), the wife of a jailed Azerbaijan banker, who lives in a London home purchased for £11.5m. Her case was highlighted in the media because of the startling evidence that she spent £16m in Harrods over a decade using 35 different credit cards (National Crime Agency v Hajiyeva [2018] 1 WLR 5887, upheld on appeal with the same case name and neutral citation [2020] EWCA Civ 108).

The second was against Mansoor Hussain whom the NCA suspects acts as a ‘professional enabler’ for a number of well-known criminals operating in the Leeds/Bradford area, channelling their alleged ill-gotten gains through corporate vehicles in order to fund the purchase of properties worth up to £9.97m (National Crime Agency v Mansoor Hussain and others [2020] EWHC 432 (Admin)).

UWOs were introduced under Part 8 of the Proceeds of Crime Act (POCA) by section 1 of the Criminal Finances Act 2017 (in force on 31 January 2018). They have attracted considerable media attention, no doubt because of the extraordinary allegations of unexplained wealth. However, this interest is probably undeserved. A UWO is merely a tool designed to assist with information gathering during the early and preliminary stages of an investigation, where there is often a dearth of information available to support a case for civil recovery of the proceeds of crime under Part 5 of POCA. Accordingly, the threshold tests for obtaining an order are relatively low.

If the respondent fails ‘without reasonable excuse’ to comply or purport to comply with the requirements imposed by the UWO, the property is presumed to be recoverable property unless the contrary is shown (section 363C(2)).

The legal framework was exhaustively reviewed by Murray J in Hussain, which analysis is largely mirrored in the judgment of Lang J in Baker.

In Baker, following a detailed examination of all the evidence, Lang J accepted the beneficial ownership and funding of the properties was no longer ‘unexplained’. In a stinging assessment, the judge found the NCA’s case was ‘unreliable’ or ‘probably mistaken’ and in any event rebutted by the cogent evidence supplied by the respondents. Worryingly for the NCA, the judge also concluded its case as originally presented was ‘flawed by inadequate investigation into some obvious lines of enquiry’ and that it ‘failed to carry out a fair-minded evaluation’ of new information provided by the respondents.

A prominent feature of the NCA’s case was that the properties had been obtained and subsequently handled using complex and secretive arrangements involving corporate vehicles and offshore structures in Panama and Curacao. The court ruled that this raised the important point of legal principle that the use of such arrangements is not, without more, a ground for believing that they have been set up, or are being used, for wrongful purposes, such as money laundering.

It remains to be seen whether Lang J’s decision survives an appeal, but it might be thought that the NCA will face an uphill task in seeking to unseat the reasoning of the judge which followed a detailed and comprehensive analysis of all facets of the case, both legal and factual.