An analysis of the Sentencing Code

The Sentencing Bill has begun its passage through parliament, having received its first reading in the House of Lords in March. The Bill contains a 'Sentencing Code'. Once in force, the Sentencing Code will provide a single reference point for the law on sentencing and will apply to all offenders convicted of an offence after 1 October 2020. 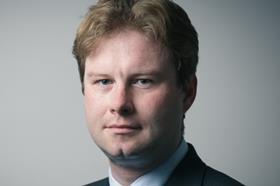 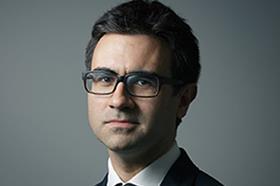 The Sentencing Code is concerned with sentencing procedure and does not introduce any new substantive laws. The Law Commission, which proposed this legislative reform, describes the effect of the Sentencing Code as a 'clean sweep' which will replace all existing procedural law around sentencing and codify it in a single document. The central purpose of the reform is to simplify an area of law which it considers too complicated, citing the striking statistic that in 2012, 95 of 262 randomly sampled cases before the Criminal Division of the Court of Appeal involved an unlawful sentence. Similarly, in one week in 2019, 25% of the cases involved an unlawful sentence.

In order to address these issues, the Sentencing Code simplifies a number of complex provisions, removing the need to refer to any historic legislation and rewriting the law in modern language. Its overriding aim is to bring a clear and logical structure to sentencing law, reducing the risk of error and delay, and making it more accessible for the public, judiciary and practitioners. It does not alter the maximum penalties for any offence, nor does it reduce judicial discretion in sentencing or replace existing sentencing guidelines.

The six-month limit on the sentencing powers of the magistrates’ court continues, save where an aggregate sentence of 12 months for two either way offences was previously available. The concept of the custody threshold is enshrined in the Bill and is said to be engaged where the offence, or the combination of offences, is so serious that a fine or community sentence cannot be justified. However, even where the threshold is passed, and oddly given the mandatory way the legislation is expressed, it is open to a sentencing judge to pass a lesser sentence, as was always the case, in reliance on mitigating factors.

Suspended sentences remain available, as before, in relation to sentence of between 14 days and two years. The sentencing options in respect of dangerous offenders remain discretionary life imprisonment and extended sentences.

The scheme of community orders is largely unchanged with much the same community-based requirements available as before and a maximum period of three years.

Discharge, both absolutely and conditionally, is preserved and remains available in all cases save those where minimum sentencing provisions apply or where this was previously prohibited by status; for example, breach of a sexual harm prevention order. The period of a conditional discharge is up to three years and discharge does not prevent the making of orders for costs or other ancillary orders, like disqualification. The effect of s.15 of the Powers of Criminal Courts (Sentencing) Act 2000 is preserved, meaning that those who are discharged are not deemed to have been convicted other than in the event of breach.

The Sentencing Code achieves its principal ambition, namely the simplification of sentencing by codifying a disparate body of law in a single enactment. A number of principles of sentencing practice are given statutory expression. The arrangement and organisation of the Bill is logical and user-friendly; we anticipate that judges and practitioners will adapt quickly. The reforms, however, are not and were not intended to be radical and in the overwhelming majority of cases, the sentences passed on offenders will be the same as those before the implementation of the new code.